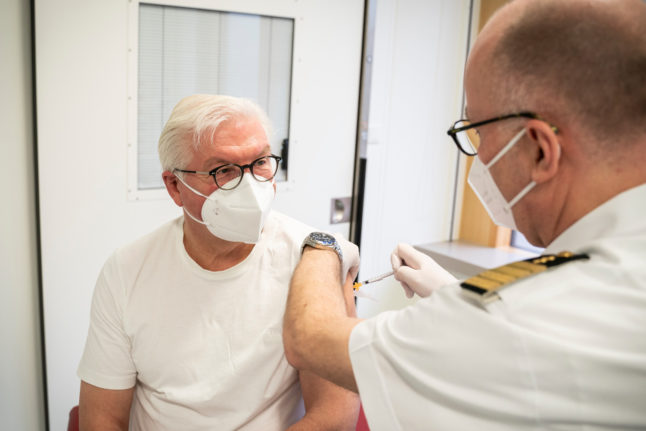 Frank-Walter Steinmeier on Thursday was inoculated with AstraZeneca’s Covid-19 jab. The German President received the first dose just two days after authorities recommended the use of the controversial drug only for people aged 60 and over.

While officials across the EU have been at pains to shore up public confidence in AstraZeneca’s vaccine, President Steinmeier showed full support for that kind of vaccine.

“I trust the vaccines authorised in Germany,” the 65-year-old Steinmeier said following the fast and easy procedure at Berlin’s Military Hospital.

In his efforts to encouraging Germans 60+, the German President added that inoculation remains the important and decisive step on the path out of the pandemic. “Use the opportunities available. Join in!” Steinmeier added.

Commenting on Steinmeir’s move, the 40-year-old German Health Minister Jens Spahn told reporters on April 1st that he would be willing to take AstraZeneca “when it’s my turn”, AFP reports. Angela Merkel has also said she is up for the AstraZeneca jab vaccine when it is her turn.