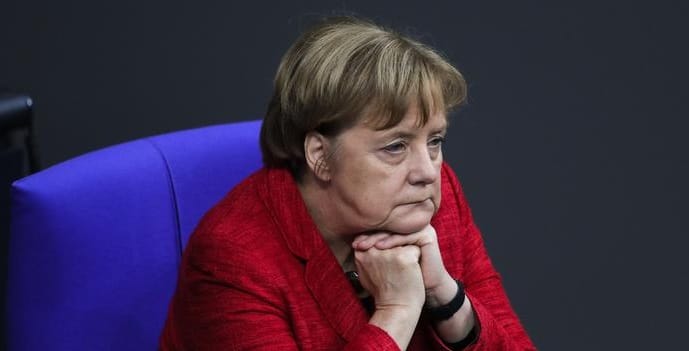 Angela Merkel’s power is dwindling, while the leader of the Social Democrats (SPD) came under growing pressure on Thursday to drop his opposition to a new extraordinary coalition with Chancellor’s conservatives.

In Germany, the SPD has governed in a coalition under Merkel since 2013, but after the recent election, their leader Martin Schulz said the party must heed the will of voters by going into opposition after achieving its worst result of the postwar period in the Sept. 24 election. For over four weeks, the chancellor tried to forge an alliance with the Greens and the pro-business Free Democrats (FDP), but failed. The FDP walked away, putting the blame squarely on Merkel.

Meanwhile, the pressure is growing on SPD to revise his decision, either by agreeing to prop up a Conservative-led minority government by not voting against it, or by forming a renewed coalition. This ‘grand coalition’ with Merkel’s adepts should be the most complex task for Schulz, indeed.

At the same time, Angela Merkel doesn’t look that way as she walks through the Bundestag, shaking hands with parliamentarians. She sees Paul Ziemiak, the chair of her Christian Democratic Union’s youth branch, and waves him over. The two sit down at the back in an empty row and strike up a private conversation.

Merkel as an experienced politician never gives up. For her, failure never means defeat, moreover, failure is often a new opportunity. Thus, from German Chancellor’s perspective, the election results were bad, but not disastrous.

The European community about the Germany election

Germany as the world’s fourth-largest economy has long been a bastion of stability in the EU, so, the political crisis concerns its neighbours, too.  The officials in Brussels and Paris fear months of political uncertainty could harm plans to reform eurozone governance and EU defence and asylum policies.

“Europe is waiting for a Germany capable of acting so that it can finally respond to the questions raised by French President (Emmanuel) Macron,”

Volker Kauder, leader of the conservative parliamentary group, said, referring to Macron’s call for fiscal reforms to strengthen the EUzone.