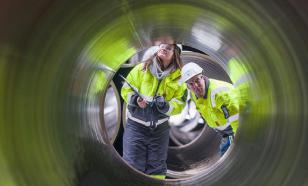 German Economy Minister Robert Habeck has asked Canada not to send a turbine for Nord Stream to Russia.

“If this is a legal issue for Canada, I want to make it clear that I am not asking them to deliver it (the turbine) to Russia, but to deliver it to Germany,” he explained.

⠀
The politician urged the Canadian authorities not to delay this issue and make a decision before the start of the preventive work period.

Since mid-June, Gazprom has reduced supplies via Nord Stream, explaining this by delays in the work of the German Siemens, which, due to Canadian sanctions against the Russian company, cannot return the turbine from the Portovaya compressor station from repair.