Greece, Israel agreed to allow 600 Israelis to visit per week 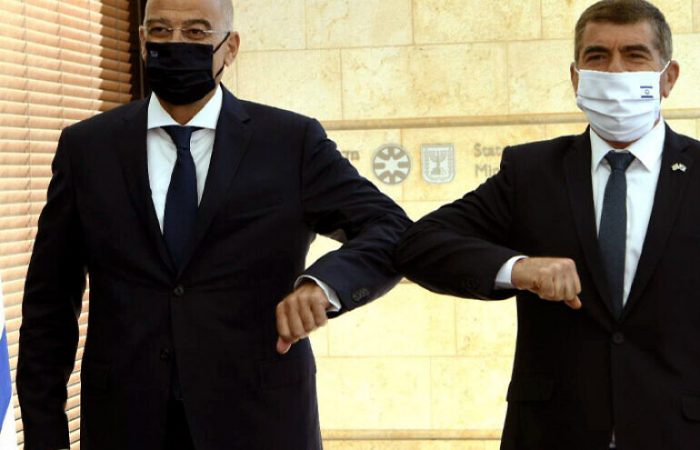 Greece and Israel have signed a deal to control the visiting activity of Israelis in the EU country. According to a deal, a number will reportedly be limited to four locations, the Israelis will have to remain in quarantine until receiving the results of a pre-flight COVID-19 test, JNS reports.

Greek foreign minister Nikos Dendias and his Israeli counterpart Gabi Ashkenazi held a meeting on Thursday. According to an agreement, up to 600 Israelis per week have permission to visit four Greek locations, beginning next week. As the document reads, Athens, Thessaloniki, and the islands of Crete and Carpo are these permitted locations.

To control the health situation, the Israelis will have to take a virus test before flying, and will only have to quarantine in Greece until the results are known. No quarantine upon their return, indeed.

Minister Ashkenazi welcomed the deal, saying that the Greek decision to resume tourism from Israel during the corona era is logical. «This is an expression of the warm relationship between our two countries and the common desire to return to a normal routine during these difficult times,” Ashkenazi added in the foreign ministry statement. ​

Following the fruitful meeting, Mr Dendias invited Mr Ashkenazi to pay a reciprocal visit to Athenes, which Ashkenazi accepted. No date has yet been set for the visit.

During his visit, Mr Dendias will also meet with Israeli PM Benjamin Netanyahu to discuss tourism and Turkey’s surveying for oil and gas in the eastern Mediterranean in an area claimed by Greece.