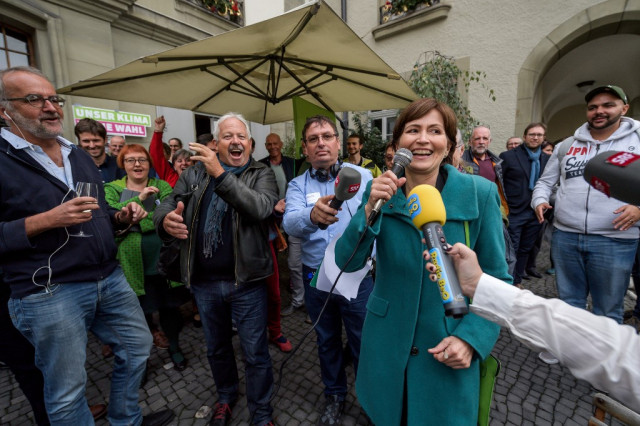 The parliamentary elections of Sunday resulted in the victory of the greens, according to the initial reports by a research institution. The Local Switzerland reports that Green Party increased its votes to 13 per cents.

Switzerland turns green, the experts said after getting the results of the elections. The GfS Bern projected that the Green Party (GP) increased its votes to 13%, achieving its greatest success, 6% more than the 2015 elections. For the Alpine nation, it is a long-awaiting ‘green wave’, the experts concluded.

According to political experts, green parties in Switzerland have performed well on Sunday. For instance, Green Liberal Party’s (GLP) votes are expected to hit 7.6%, the GLP drew 4.6% of the votes in 2015 elections.

The Swiss People’s Party (SVP), which is known for its anti-immigration inclinations, suffered 3.8% votes in the election but remained as the leading party. For comparison, SVP drew 29.4% in the previous elections.

Social democrats are expected to come second in the elections with 18.8% of the votes.

Lukas Golder, an official of the GfS Bern, viewed the green parties’ success as a surprise that surpassed the expectations.

On Sunday, Switzerland’s preferences have surprisingly turned to the green side of politics. Around 5.4 million voters hit the ballot boxes to elect 200-member National Council and 46-member Council of States.

Ballots were still being counted in the wealthy EU state, but projections released by national broadcaster RTS confirmed the «green wave» forecast before the vote.

«We are tremendously pleased that the mobilisation we saw on the streets has translated into votes. We are heading towards a historic score,» Mazzone added.

The Greens garnered 13 percent support, exceeding their pre-election projection. It marked a six-point bump on their 2015 performance, according to the projection by RTS, political research firm Gfs Bern and national press agency ATS.

The Green Liberals is the environmentalist political party with libertarian socio-economic policies. On Sunday elections, it also gained ground, taking 7.6 percent of the vote compared to less than five percent in 2015.