Guinea’s president will stay on for 12 more years 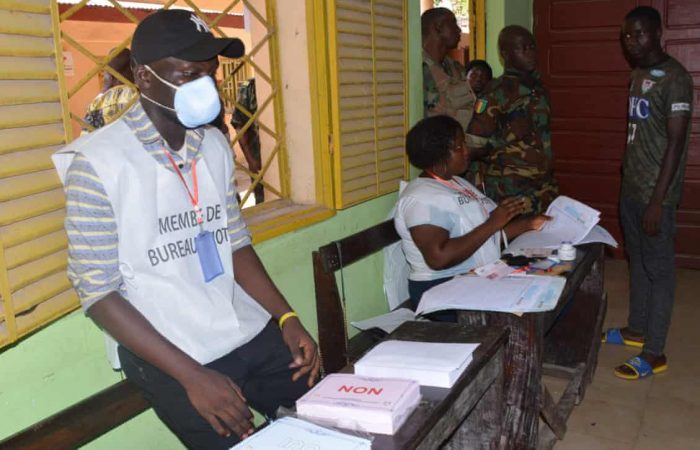 Guinea citizens have voted for the law that allows the president to hold his position for more 12 years. The constitutional referendum took place on Sunday despite the COVID-19 restrictions.

The Guinean President Alpha Condé will probably keep his current position for the next dozen years, according to the new law. While the opposition supporters heeding a call to disrupt the referendum, security forces were quick to contain the pockets of unrest and there was no immediate report of significant casualties.

In Guinea, the opposition boycott all but ensures that the new basic law will be approved when the results are announced next week. In fact, the approving a law could trigger unrest that would threaten a poor country’s mining economy. In addition to the coronavirus chaos, that could deteriorate the situation very much.

As of Sunday, Guinea health authorities have reported the first two cases of the novel virus. That is why some polling stations required voters to disinfect their hands before casting their ballot, and radio stations reminded citizens to keep their distance from one another.

Despite the coronavirus outbreak, the Guineans are rather active voters. They are trying not to stand too close to others, keeping the healthy distance because. At some polling stations, a large turnout meant crowds were squeezed in line to vote. Although, a few people wearing masks.

The head of the state, Condé, is 81 years old but he has refused to rule out using a new constitution as a reset button on his mandate, which expires in December. President citing other African countries as examples of where leaders have extended their rule.

The referendum, originally scheduled for 1 March, was postponed because international observers raised concerns about the electoral register. In addition, the COVID-19 has raised speculation last week that the polls could be further delayed.

To avoid further delaying, the Guinean authorities stuck to the schedule despite banning other large gatherings to prevent the spread of the disease.