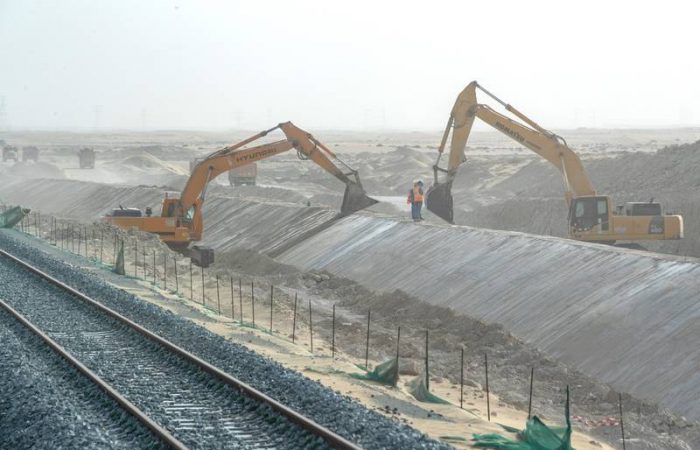 The UAE’s Etihad Rail project becomes another crucial long-term plan for the states of Persian Gulf. Unlike countries with established networks, the GCC has the opportunity to build new networks with the latest technology from the start.

As the world becomes more eco-friendly, the Gulf countries demonstrates a stronger demand on lower emissions transport. Etihad Rail aims to link the country’s centres of trade, industry and population. Additionally, a network will provide passenger and freight services.

When complete, Etihad Rail will stretch about 1,200 kilometres across the UAE, with plans for it to eventually connect to other Gulf nations, The National reports.

Freight will be the central focus once stage two of Etihad Rail is complete, connecting the Emirates with Saudi Arabia at the border in Ghuweifat.

Etihad Rail to connect people in the Gulf nations

While the hot discussions are underway between Qatar and Saudi Arabia to connect it to the GCC rail network, the construction work should be ended in the next 10 years. Passenger travel will also expand across the country and eventually further into the region to create international rail connections similar to those in Europe.

The biggest challenge facing a regional railway is largely cultural, said Mr Khalifeh, whose Deutsche Bahn consultancy has been heavily involved with the maintenance and operation of stage one of Etihad Rail.

Deutsche Bahn has completed feasibility studies on first and last-mile transport options to reach stations at which trains can be boarded. The company aims to operate a 1,300km high-speed rail link between Los Angeles and San Francisco, with trains travelling at 350kph, to slash travel times from eight hours to three. The $80 billion project is due for completion by 2029.