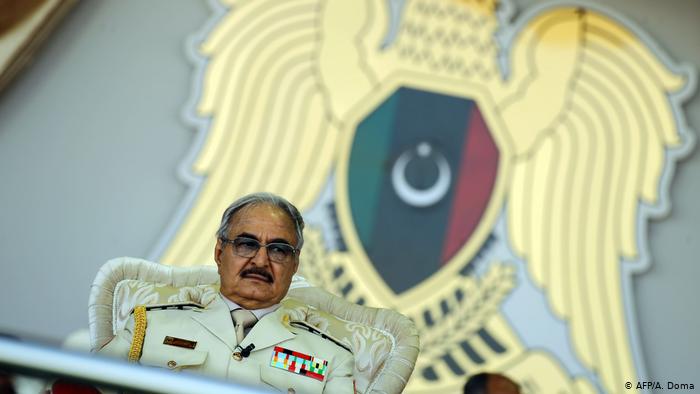 Six fighters of a militia loyal to Lybian strongman General Khalifa Haftar surrendered to the Libyan Army on Friday. The militia members preferred to do that at Al-Watiya airbase, the press office of the GNA’s Operation Volcano of Rage confirmed.

Al-Watiya, an airbase located southwest of the Lybian capital Tripoli, is regarded as a key airbase in the country and is second only to Mitiga International Airport. Being a strategic object, the airbase was captured in August 2014 by Haftar forces.

General Haftar used Al-Watiya as his headquarters for western operations since April 2019. Over a year, the internal armed conflict in Lybia took loves of at least 1,000 fighters. The UN-recognized government has launched Operation Peace Storm on March 26 to counter attacks on the capital.

As part of Operation Peace Storm, air operations are being periodically carried out against al-Watiya airbase, according to yenisafak.

At least three people, including a civilian, were killed after rocket attacks by forces loyal to Libyan renegade military commander Khalifa Haftar hit the capital Tripoli and a nearby area, the government said early on Friday.

In a statement, Libyan Foreign Minister Mohamed Taher Siala said the attacks did not comply with international laws as they struck the coastal road near the residences of the Turkish and Italian ambassadors.

“These attacks are unacceptable and denote contempt for international law and human life,” the Italian Foreign Ministry said.

The government in Tripoli is backed by Turkey, which deployed troops and fighters to help defend the capital in January, as well as by Italy and Qatar. Meanwhile, Gen Haftar’s offensive is supported by France and Russia, as well as Egypt, the United Arab Emirates (UAE) and other key Arab countries.