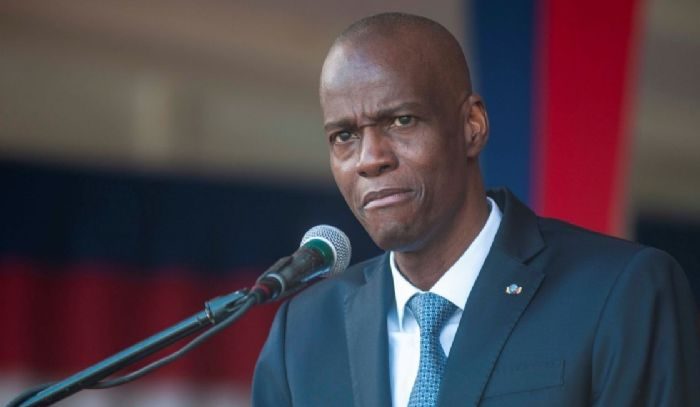 Authorities in Haiti have started the official investigation after President Jovenel Moise was assassinated. Jean Laguel Civil, a top security official was arrested, his attorney confirmed.

The arrest comes as more than 1,000 demonstrators gathered around one of Haiti’s most notorious gang leaders to commemorate Moise.

Haiti National Police continues the investigation of the President’s killing on July 7th, and Jean Laguel Civil joins more than two dozen suspects arrested. His attorney, Reynold Georges, called his client’s arrest politically motivated. It wasn’t immediately clear if Civil had been charged with anything.

Meantime, Jimmy Cherizier, an ex-policeman who now leads “G9,” a federation of nine gangs that officials have blamed for a spike in violence and kidnappings in recent months, is intensifying his activity.

“Everyone needs to wait on my order before we respond to the killing of Jovenel Moise,” said Cherizier.

Mr Cherizier goes by the name of “Barbecue”, and police say is behind several recent massacres that targeted civilians living in communities run by other gangs. “No justice, no peace!” he urged in front of the crowd gathered in Port-au-Prince.

Earlier, the crowd sang as they made a circle around a bonfire and threw salt into it as part of a ceremony to honour Moise. Many had their faces covered so as not to be identified.

But the case remains murky, with many unanswered questions, such as how no members of the presidential security detail were wounded in the brazen assault.

Haitians have expressed shock that those tasked with protecting the president and his home failed him so abjectly.

Haiti is riddled with crime and powerful gangs – problems that were deteriorated during Moise’s presidency.