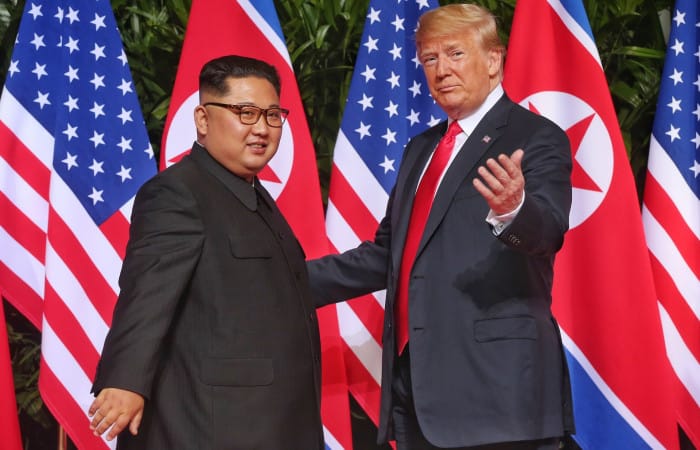 While many doubt Kim Jong Un’s commitment to denuclearization, both US and North Korean leaders will meet in Hanoi for the summit, BBC reported.

Donald Trump tweeted details of another historical meeting in Hanoi, Vietnam, and added some fulsome praise. The American leader promised that he “fully understands how capable” Kim is, and predicted that North Korea “will become a great economic powerhouse.” According to the words of praise his North Korean counterpart, Donald Trump believes the next their meeting will shape the perspective of Korean-American relationships.

“North Korea, under the leadership of Kim Jong Un, will become a great Economic Powerhouse. He may surprise some but he won’t surprise me, because I have gotten to know him & fully understand how capable he is. North Korea will become a different kind of Rocket – an Economic one!”, the US leader tweeted.

An exact agenda for Trump and Kim’s second summit has yet to be set. The US president has said that he and the North Korean leader “fell in love” during the last summit in Singapore, so observers can expect more flattering flourishes in the lead-up to this month’s critical tête-à-tête. Meanwhile, the defence experts also suggest that a best-case scenario for the summit would include the US obtaining an inventory of North Korea’s nuclear weapons and fissile material.

Donald Trump’s tweet about the upcoming meeting was written on Friday, a day when Kim Jong Un was seen visiting the Ministry of People’s Armed Forces and making a speech marking the 71st anniversary of Korean People’s Army.