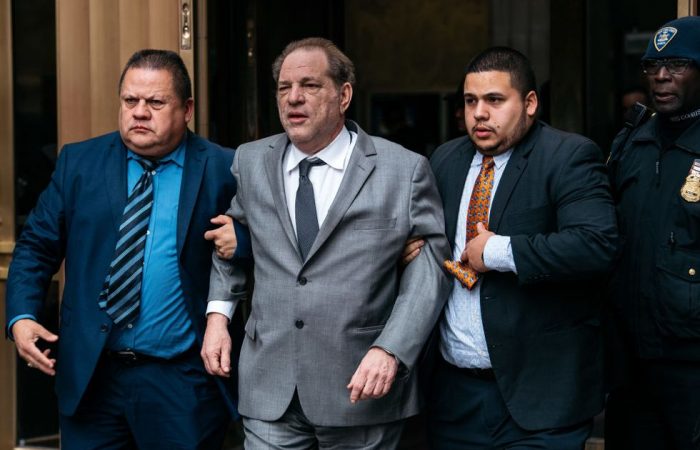 Harvey Weinstein has reportedly reached a $25 million settlement with his accusers. According to mogul’s lawyer team, the settlement still needs to be accepted by the courts. So far, the deal has reportedly gotten “preliminary approval”, The New York Post reports on Thursday.

The court in New York City held hearing on Mr Weinstein’s criminal sexual assault case and reportedly has registered a deal between the Hollywood producer and many his accusers. The disgraced mogul’s company agreed to pay the victims $25 million.

Harvey Weinstein was filed after he was accused by dozens of women of sexual misconduct last year. On Wednesday, the $25 million settlement is a “tentative” agreement, which has been made with “dozens of his alleged sexual misconduct victims”.

In the terms of this deal, Weinstein – who has denied all allegations against him – would not have to admit he did anything wrong or pay the money himself, as it would instead be paid by insurance companies that represent The Weinstein Company, which filed for bankruptcy in 2018.

How the firm bankrupt is going to pay millions, it is unclear, so, that fragile settlement still needs to be accepted by the courts. Moreover, Douglas H. Wigdor and Kevin Mintzer who represent two of Weinstein’s accusers – have slammed the deal, calling it “shameful”.

“While we don’t begrudge victims who want to settle, we plan to vigorously object to any provision that tries to bind victims who want to proceed with holding Harvey Weinstein accountable for his actions which is exactly what we intend to do,” the joint statement of Wigdor and Mintzer reads.

Harvey Weinstein’s other cases are investigating

Over two years, Harvey Weinstein is appearing in courts on a separate sexual assault and rape trials. Up to date, the producer is facing five charges, including

All the cases have been brought against him by the Manhattan District Attorney’s office. Mr Weinstaein has pleaded not guilty to all the charges.

According to the lawyers, Weinstaein will stand a trial on 6 January on rape and sexual assault charges which he denies. If convicted, he could face a lifetime prison sentence.