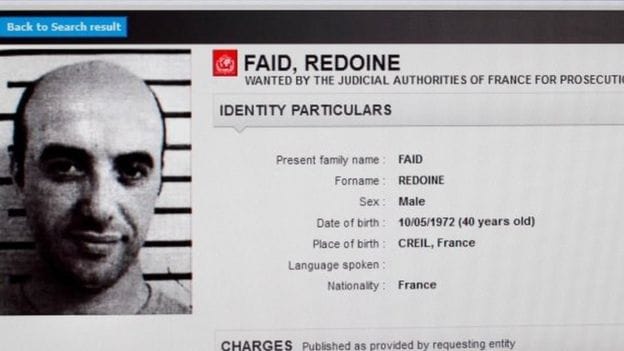 The French robber Redoine Faid was apprehended during the night in the town of Creil along with three other men, including his brother, BBC reported on Wednesday.

After three months on run, the most wanted criminal of France finally snared by police. Mr Faid’s arrest was also confirmed by Gerard Collomb, the outgoing interior minister, whose resignation was accepted by President Macron on Tuesday.

The fugitive had been serving a 25-year sentence for masterminding a botched robbery in which a policewoman was killed in 2010 but his successful escape from Reau Prison in July made a lot of noise. Redoine Faid’s associates used a chopper and several cars to release the criminal, after the daring escape, the helicopter was dumped in a field in Gonesse, northern suburb of Paris.

On Tuesday, the fugitive was recaptured in the town of Creil. French Justice Minister Nicole Belloubet told Europe 1 radio: “We’re going to put him in a high-security facility where he will be watched extremely closely.” Faid had already previously escaped from jail, and Interpol describes Faid as dangerous.

Faid isn’t only a criminal, in fact, he is a writer, Redoine’s fame was helped by a 2009 book outlining his younger days on the streets of Paris and his descent into the life of a professional criminal. Among the French police, the 46-year-old criminal earned nickname “L’Écrivain” – or “the writer”.