Honduran migrant caravan heading to US 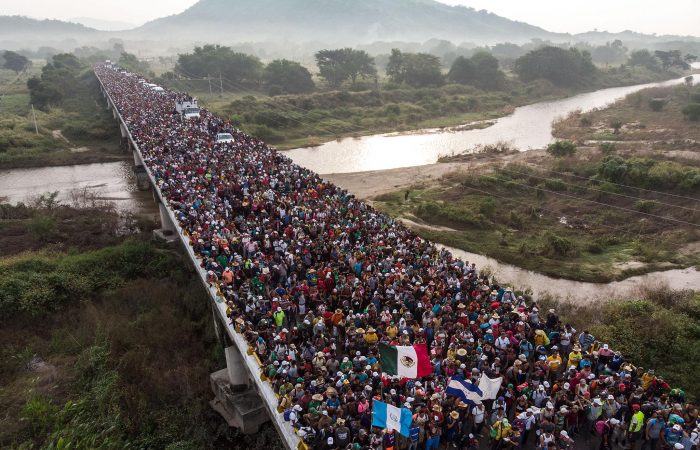 Hundreds of Hondurans have nothing to do and nowhere to live after two hurricanes wrecked and flooded areas of Central America last month. People just formed a caravan on Wednesday and now they are heading to the US, according to Fox News.

The Honduran migrants left the northern city of San Pedro Sula on foot for the Guatemalan border after Hurricanes Eta and Iota impacted infrastructure, homes, and crops and killed about 100 people in Honduras.

Poor people who lost everything, have no choice but to go to the United States. The Honduran authorities are not able to cope with the hurricane’s consequences, so the people went to the US where President-elect could face his first migrant challenge.

During his presidential campaign, Joe Biden promised to abolish many of the immigration policies of Trump, who is due to leave office on Jan. 20, and had made curbing illegal immigration a top priority.

Meanwhile, the migrant caravan could be the first major one to hit the road since the 2020 presidential election. It’s seen as a new challenge to efforts limiting illegal immigration from Central America ahead of a new administration.

Undoubtedly, Honduran migrants are encouraged to make the trip and test the Biden office. In fact, people are no longer scared of coronavirus. They’re going hungry, they’ve lost everything and some towns are still flooded.

Commenting on the caravan’s activity, Guatemalan authorities warned the migrants that they needed passports and negative COVID-19 tests before they could enter the country.