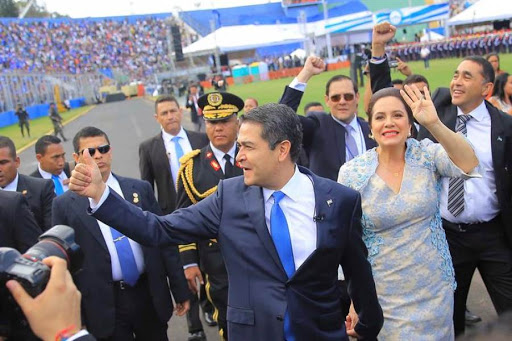 Honduran President Juan Orlando Hernandez announced he and his wife had tested positive for the COVID-19. As Time reports, most Tegusigalpan intensive care beds are full, while the caseload is expected to continue growing in the coming days.

Following the announcement on the contamination of president with COVID-19, JOH and his wife hours later were hospitalized after doctors determined Hernandez had pneumonia.

The hospitalization of Honduran leader with the novel pathogen and pneumonia Wednesday has drawn attention to another country struggling under the epidemic’s strain as cases rise sharply in the capital, Tegusigalpa.

From March to June 7, the Central American country confirmed 6,327 coronavirus infections. In fact, after the government began a gradual reactivation of the economy, the number of new cases risen to 3,329. According to the health authorities, the most-infected regions is the northern business hub of San Pedro Sula and Tegucigalpa.

In Honduras, many businesses closed since March have been allowed to reopen, though with reduced capacity.

“If we don’t activate the economy we’re going to have another kind of pandemic that is hunger, malnutrition and probably social crises,” Health Minister Alba Consuelo Flores said.

She said if the people continue to be disciplined they will be able to manage the epidemic. The country made wearing masks obligatory and businesses are reopening with just 20% of their personnel. Due to a shortage of pressure gauges, oxygen is shifted from patient to patient in turns.

Karim Khallaayoun, chief for the Red Cross Society in Honduras, confirmed, the organization supplied personal protective equipment for hospital staff, training on how to use it and counselling as the physical and psychological strain of the work takes its toll.

“Over the past week, we are seeing an exponential increase in Tegucigalpa,” Khallaayoun said. “Tegucigalpa has now become the epicenter of the contagion in the country.”