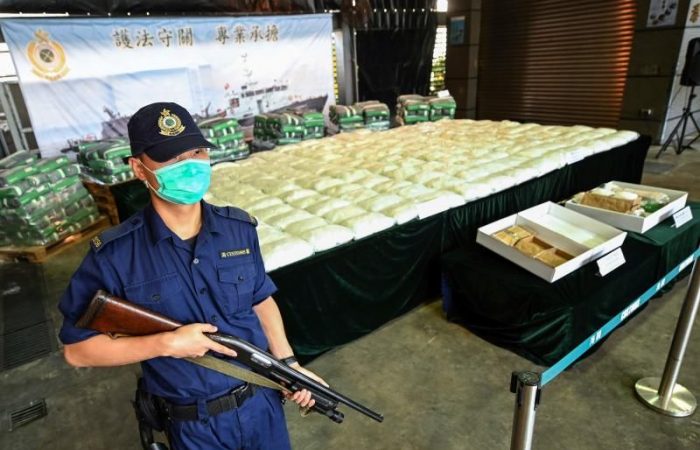 Hong Kong authorities announced the record-breaking 700 kilos of cocaine seizure that netted some $119.6m. The police added that officers suspecting the huge shipment were smuggled into the city on speedboats.

Amid the pandemic, the transportation of cocaine became more difficult due to the collapse of travel. To keep the drug network working, the mafia has forced smugglers to make bulk shipments instead of using drug mules, Hong Kong police explained during the press conference dedicated to the record-breaking seizure of cocaine.

The bust is the largest in the territory in nearly a decade, Agence France-Presse has learned on Sunday. Amid travel restrictions and the absence of normal travel flow, smugglers make riskier operations. The recent bust was made on Friday when officers intercepted a man with a trolley in the Fo Tan district and found 150 bricks of cocaine in cardboard boxes.

Another 492 bricks were later found in an industrial building and an apartment in the same district, leading to the arrest of two associates. The police suggest the drugs were transported via long-range shipping to waters near Hong Kong from their source area in South America and then smuggled in by illegal speedboats.

“We found a lot of waterproof bags that were still wet at the scene and all the cocaine bricks were carefully wrapped in plastic,” superintendent Ng Kwok-cheung added.