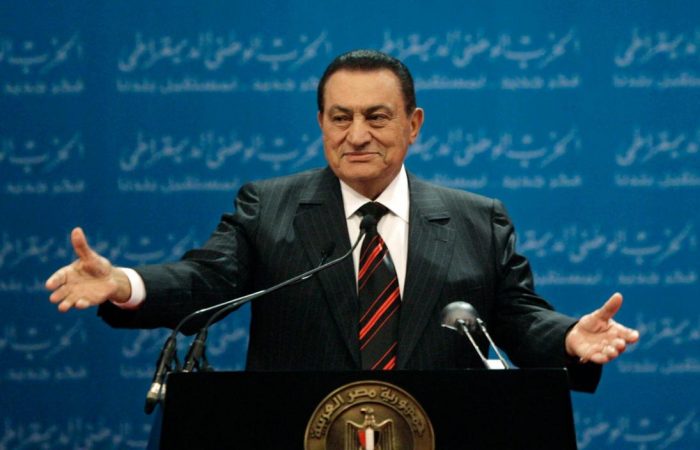 Hosni Mubarak passed away at the age of 91, his family confirmed on Tuesday. The charismatic politician led Egypt for 30 years but had to step down due to Arab Spring uprising in 2011, The National reported.

Ex-President of Egypt Hosni Mubarak dies aged 91 at Cairo hospital. The experienced politician and military unexpectedly assumed the presidency of Egypt when then-leader Anwar Sadat was gunned down by Islamic militants during a 1981 military parade.

Over 30 years, wise and charismatic Mubarak led Egypt, doing his best to revive its economy. During his life, the late President was the target of at least six assassination attempts during his decades in power, including one in Addis Ababa in 1995 and another in the Egyptian coastal city of Port Said.

Despite almost unlimited power, Mubarak’s grip began to loosen in the last decade of his rule. His opponents close the way to the top of Egyptian power to Mubarak’s son, Gamal who rapidly climbed the ladder of the ruling National Democratic Party. He was explained that positioning himself as Hosni’s heir is unacceptable. In modern Egypt, that succession scheme did not sit well, and the Arab Spring uprising proved that in a violent way.

In 2014, Mubarak and his two sons were convicted of embezzlement, sentenced to three years in prison and fined millions of pounds. All three were eventually released for time already served.

Since his detention in April 2011, Hosni Mubarak was in either a prison hospital or prestigious military medical facilities where he was treated with the respect and dignity befitting an ex-president. In comparison with a fate of the Libyan ruler Muammar Qaddhafi, Hosni Mubarak was just a lucky man. The Arab Spring has shaken Egypt but hasn’t destroyed it, indeed.

By stepping down, however, Mubarak is given credit for sparing Egypt but he refused to flee his native Egypt, selecting to stay put and face what comes his way, a stand that won him accolades as a patriot and a loyal soldier.