House of Cards suspended because of new allegations of Kevin Spacey 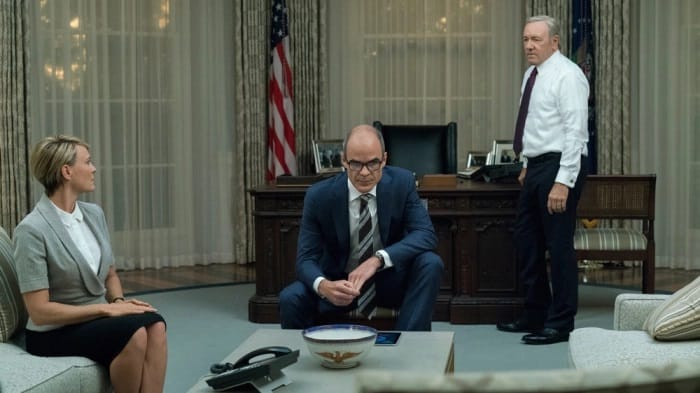 The documentary filmmaker Tony Montana accused Mr Spacey of groping, he insists that the Hollywood star groped him in the Coronet Pub in Los Angeles in 2003. According to Montana, there were a number of Spacey’s friends, Tony went up to order a drink and Kevin came up to him and put his arm around me. Talking about that incident to Radar, Mr Montana shared details:

‘He was telling me to come with him, to leave the bar. He put his hand on my crotch forcefully and grabbed my whole package.’

After that awkward scene, Montana paid for his drink and got away from drunken Spacey who then followed Tony to the bathroom.

‘I backed him out the door and I pushed him,’

Montana said and added that he offered one of Spacey’s friends’ to take your boy home’.
‘They all ended up leaving,’

Tony ended his encounter and added that he never talked to anyone about it except for therapists.

Meanwhile, the reaction of Hollywood bosses is getting more obvious. Netflix is moving ahead with plans for a “House of Cards” spinoff.

According to Variety,  Media Rights Capital are in very early stages of development with multiple ideas for a potential spinoff. One concept revolves around Doug Stamper, another includes Claire Underwood, the odious and intriguing character.

Spokespersons for Netflix and Media Rights Capital declined to comment.