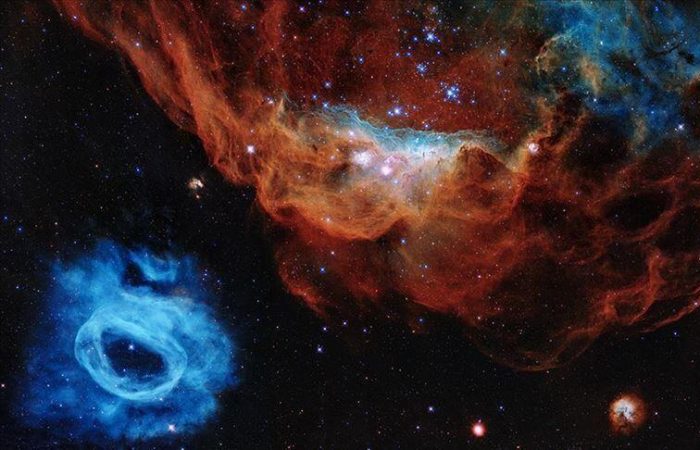 Since April 24, 1990, Hubble has been making space observations in world orbit. Over three decades, the complex and correct spacial system supplies the scientists with the new data. On the day of its 30th jubilee in orbit, Hubble sent a new image of a satellite galaxy of the Milky Way.

NASA is extremely proud of its telescope, said the statement, U.S. space agency released on Friday. The galaxy in the image — located 163,000 light-years away- away from Earth- and included the giant red nebula NGC 2014, as well as its smaller blue neighbour NGC 2020.

The nebulae are part of a vast star-forming region in the Large Magellanic Cloud, NASA said of the image, which was dubbed the «Cosmic Reef» by astronomers due to its resemblance of an undersea world.

«Hubble has yielded to date 1.4 million observations and provided data that astronomers around the world have used to write more than 17,000 peer-reviewed scientific publications, making it the most prolific space observatory in history. Its archival data alone will fuel future astronomy research for generations to come,» NASA statement reads.