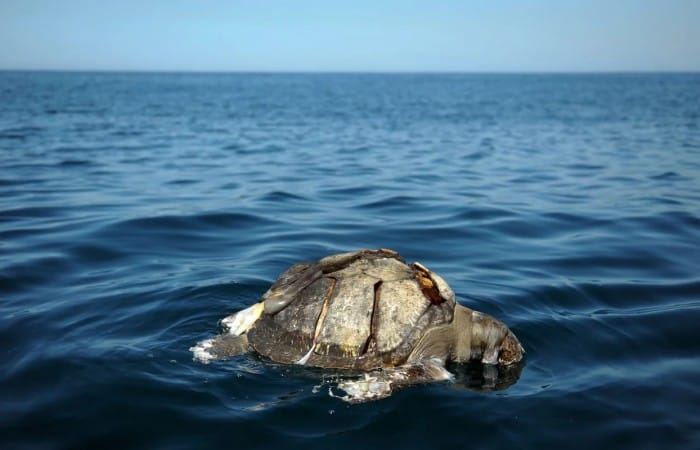 The environmentalists in El Salvador are trying to understand the reason why hundreds of sea turtles found dead and floating in the sea.

The officials from ecological agencies and Environment Ministry of El Salvador reported the strange case – hundreds of dead turtles were found floating in the sea. Such a massive death of the sea animals is a mystery so far.Many of the 400 marine turtles were decomposing when they were discovered off El Salvador’s Pacific coast.

According to the data from the environment minister, the turtles were found floating around 13km offshore from Jiquilisco Bay, a biosphere reserve located approximately 110km from San Salvador. ,

“We don’t know what caused the sea turtles’ death,”

the top official said and added that needed laboratory tests would be carried out. So far, the environmentalists have collected samples from the dead turtles for the further analysis in a lab, that will help to determine what killed the harmful sea animals.

In 2013, the similar incident was caused  by the toxic algae eaten by the sea turtles. The WWF says that “many species of sea turtles, freshwater turtles, crocodiles, iguanas, snakes, caimans and alligators” can be found utilising the area’s mangrove ecosystems. Everything in the ecological system is interlinked.

“The trees and other portions of the habitat are being destroyed and altered for tourism development, expansion of population centers, clearing for agriculture, overgrazing and construction of salt production ponds,”