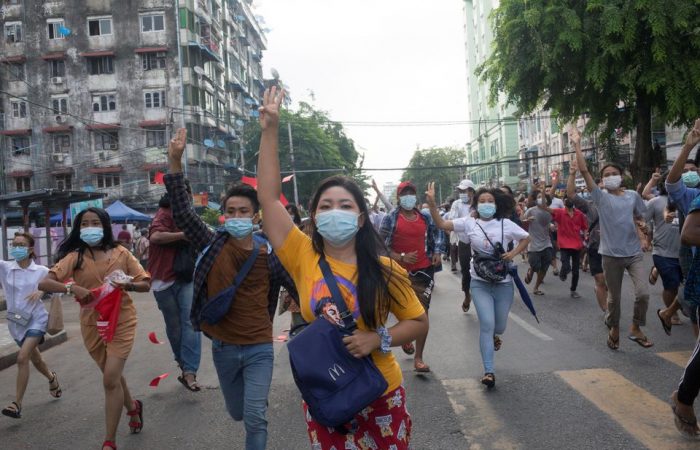 Myanmar activists have filled the streets of Yangon on Thursday to protest the military junta. Since February 1st, a day after the coup, the demonstration became the biggest one.

Four months after overthrowing Aung San Suu Kyi’s in Myanmar, the protesters have gathered on Thursday in Yangon in order to show that people won’t allow the junta to rule them.

In urban areas, the activists have had to become more nimble to avoid security forces, often using flash mobs that quickly disperse, after big rallies in the first months after the coup were frequently met with troops or police firing live rounds.

The activist leaders assure that the waves of protests against the coup would continue despite it is now harder to organise them due to a heavy security presence in Yangon.

Since February 1st, the security forces have killed 842 people, according to figures from the activists. The military junta said last month the toll was nearer 300, including 47 police.

As well as in urban areas, the unrest has taken a heavy toll in the countryside, where clashes between Myanmar’s well-equipped military and ethnic minority armies or newly formed People’s Defence Forces have displaced tens of thousands of people.