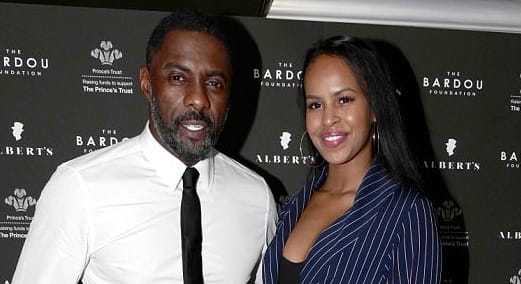 The British actor Idris Elba appeared on the red carpet alongside his 29-year-old girlfriend Sabrina Dhowre. The beautiful couple looks as stylish and happy as possible while attending the CÎROC Vodka event.

Elba, one of Hollywood’s most sought-after movie stars, attracts attention wherever he goes.  The International Day Of The Girl Charity Gala sponsored by CÎROC Vodka was one of that cases when the actor came with his young and beautiful girlfriend, American actress and model. Among the guests were many stars and celebrities, and the tennis legend Boris Becker was really glad to see Idris, the men have chatted for a while.

The 45-year-old Idris star looked extremely dashing as he posed with Sabrina, after which he spotted Boris – who is currently embroiled in a financial crisis after being declared bankrupt in June. Nowadays, the bankruptcy means nothing but the attention of the media and rising popularity.

Herr Becker’ outing comes after lawyers dealing with the tennis legend’s mountain of debt are understood to have written to TV companies employing him, telling them not to pay him a penny more. London insolvency administrators Smith & Williamson have reportedly written to all Boris’ employers like Eurosport and the BBC saying fees he earns will in future have to be paid to them directly. What an unlucky combination for genial Becker!

The charity and Idris Elba

The event was sponsored by Cîroc and Ombra Di Pantera and saw The Housekeeping Collective DJing throughout the night, with guests leaving in Starr Luxury Cars. Idris Elba often appears at such events, the iconic actor does his best to make his own contribution to make the world better.

The actor chatted with Boris Becker (49) whose declaration about the bankruptcy in June exploded like a bomb. The private London bank claimed Wimbledon legend owed them almost £10million, but it is alleged that his debts are several times this amount.