IKEA plans to open its first store in Ukraine next year, again 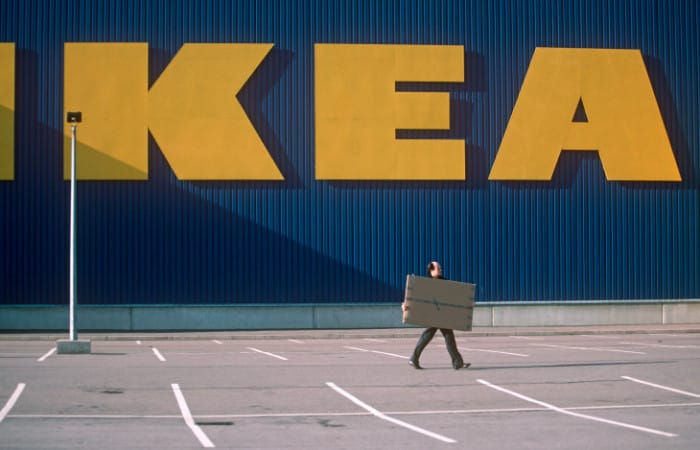 IKEA and Ukraine still have no official business ties despite the popularity of Swedish furniture in this post-Soviet country, TheLocal reported. In 2019, the world’s biggest furniture retailer is going to open its first store in Ukraine.

IKEA makes another attempt to build a business in Ukraine, probably, next year, this plan will be realized at last.  Swedish furniture giant Ikea said it was finally bringing its Scandinavian home design to Ukraine after decades of delays. Ukraine used to be a bitter exclusion among many countries, there were no official agreements which allowed IKEA to have a business in this country.

Meanwhile, the IKEA goods are extremely popular in Ukraine, people order online the furniture and accessories from the stores located in Russia, Poland, Romania and pay as twice as much for them. But even this doubled price is cheaper than the similar goods on the domestic market. In the big cities, people can visit the so-called IKEA stores where the assortment is rather poor in comparison with the official stores across the world.

In 2015, Aivaras Abromavicius, Ukraine’s economy minister at the time, visited Stockholm and pleaded with Ikea to set up shop in his country. Ukrainian and Swedish media reports suggested the real reason it pulled out was that Ukrainian officials demanded kickbacks. IKEA itself hinted at the problem, with a senior executive saying in 2010 that “Ikea does not have money” to pay bribes.

IKEA and Ukraine: decades of negotiation should result in opening the first store

In 2009, the world’s biggest furniture retailer said it would open an outlet in Ukraine and went on to buy a plot of land near the south-west port city of Odessa, but it abandoned those plans a year later, saying the market was not strong enough.

The announcement came during a meeting between Ukrainian President Petro Poroshenko and the company’s CEO in south-east Europe in the capital Kiev.

“It’s the right moment for Ikea to be here, when we look at the business climate and the opportunities,”

Stefan Vanoverbeke told the Ukrainian leader who called the agreement “a good signal for global brands” which he said meant that his country had made progress in the fight against corruption.

The opening of an IKEA store in Kiev, said Poroshenko, was the culmination of 13 years of negotiations.

“Unfortunately, it could have happened at least ten years ago,” he said. “But the investment climate did not allow Ikea to make the right decision at the time.”

Ukraine, a country of more than 40 million people, is battling a Russian-backed separatist insurgency in the east. Because of that, the ‘import’ of IKEA goods from Russian stores has significantly decreased.