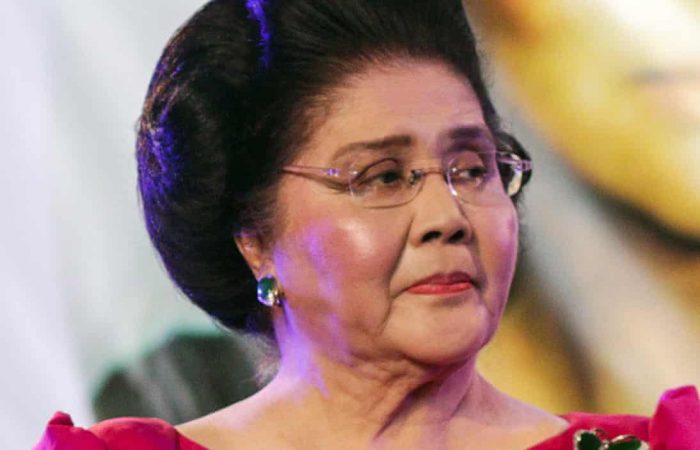 Imelda Marcos, the former first lady of the Philippines, turned 90 on Wednesday. As BBC reported, more than 200 guests attended the birthday party, and most of them fell ill with suspected food poisoning after a meal.

The Red Cross ambulances took B-day party’s guests to hospital after they complained of dizziness and vomiting. According to Richard Gordon, the head of the Philippine Red Cross, people apparently suffered from food poisoning.

About 2,500 people gathered at a sports stadium in Manila for Imelda Marcos birthday party. Despite her husband was a dictator who was ousted from power in 1986, the family is still revered by many in the Philippines and has even made a political comeback in recent years.

The 90-year-old widow of the late dictator Ferdinand Marcos used to invite people to celebrate her birthday, but this year, food poisoning became the annoying surprise for more than 260 guests. Everyone blames the cook.

“I offer my apologies and ask for your understanding. Rest assured that we will continue to help until everyone is fully healed,” Imelda’s son Ferdinand Jr said in a statement.

Francisco Duque, the health secretary, confirmed that 260 people had been taken ill. After the first symptoms of food poisoning, the Red Cross ambulances started to transport guests to the hospital.

2019 party featured singing and speeches, as well as water bottles adorned with Imelda’s name and meals in plastic boxes.

Imelda Marcos’ son Ferdinand Jr is also a politician. Earlier, he served as a senator, while her eldest daughter, Imee, won a senate seat in elections in May.

The family has a powerful ally in President Rodrigo Duterte, who ordered the late dictator’s remains to be interred at Manila’s Heroes’ Cemetery despite public protests.