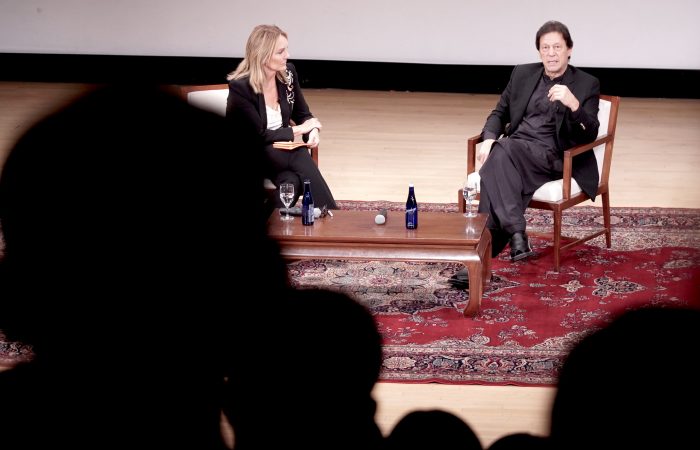 Pakistani PM in his address at the Asian Society in New York City on Thursday said that his country will never recognise Israel until it guarantees ‘just settlement and a homeland for Palestinians’, Middle East Eye reports.

Imran Khan who is currently in the United States to attend the United Nations General Assembly shared his view on the problematic relations between Israel and Palestine. The Pakistani PM was unequivocal in his opinion, he said that Pakistan will not recognise Israel until there is a homeland for the Palestinians.

Reconfiguring of relations between Israel and Middle Eastern countries is quite possible, according to PM Khan, however, Israel needs to make the first move.

«Pakistan has a very straightforward position. It was our founder of Pakistan Quaid-i-Azam Muhammad Ali Jinnah who was very clear that there has to be just settlement, a homeland for Palestinians before Pakistan can recognise Israel,» Khan said.

Pakistani-Israeli relations: pros and cons should be openly debated

The debate mostly began in early September when Kamran Khan, President and Editor-in-Chief for the Dunya Media Group, asked on Twitter: «Why can’t we openly debate pros cons of opening direct and overt channels of communication with the State of Israel?»

The tweet was interpreted by many as an attempt to test Pakistani public opinion about Israel. Later, Pakistan’s military official denied that the country was changing course on Israel.

“As far as my visibility goes, nothing of the sort is happening. But this is a question related to the foreign office,» the spokesperson said.

This led to further debate without any intervention or clarification from Pakistan’s Foreign Ministry.

Though Khan has remained adamant that his trip to the UN is primarily focused on raising awareness about India’s descent into Hindu fascism and the weeks-old blockade of Kashmir, he has also been roped into other pressing issues during his visit.