In Belarus, six people were detained for hanging the Ukrainian flag. 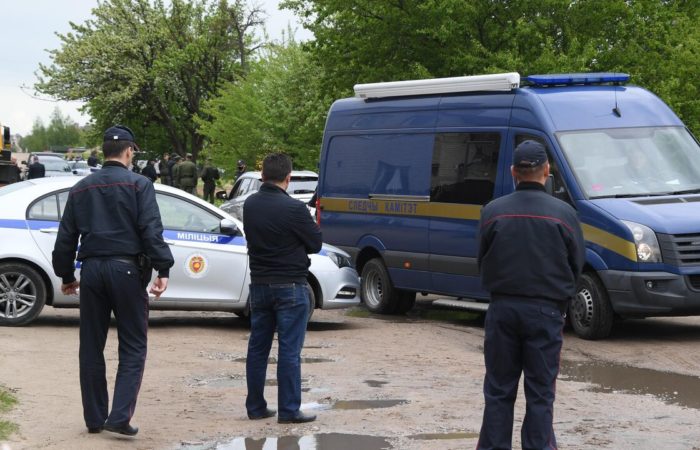 Six residents of Minsk were detained for hanging the flag of Ukraine and the white-red-white flag (a symbol of the Belarusian opposition) on a power line pole, the press service of the Belarusian Ministry of Internal Affairs reports.

“Six residents of Minsk were detained for a protest action. In early October, in the Moskovsky district of the capital, on a power line support, unidentified people hung a canvas of white-red-white colors and the flag of Ukraine. During the operational-search activities, police officers detained six Minsk residents aged 34 to 36 years,” the ministry’s Telegram channel said in a message posted on Monday.

As noted in the Ministry of Internal Affairs of Belarus, according to the defendants, they made the decision to hold a protest action jointly. One of the men took a photo of the result and sent the image to be posted on extremist online communities.

“It was established that the detainees were members of illegal telegram channels, communicated in district chats, and participated in protest actions in 2020,” the message says.