In Chisinau, protesters set up chambers in front of the presidential administration 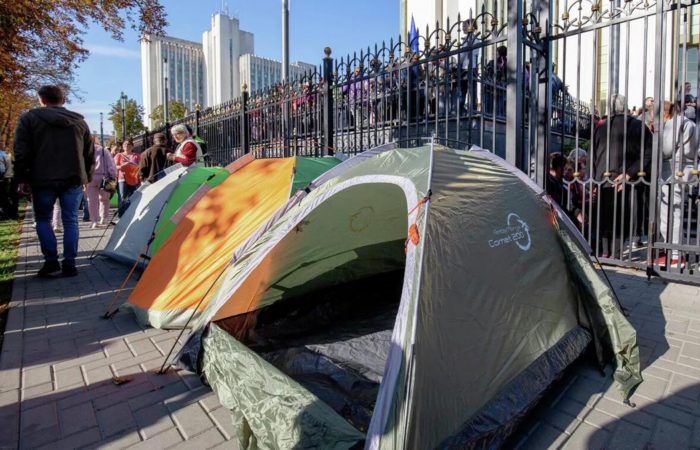 One of the protest leaders, Radu Busilă, said that the protesters in the center of Chisinau set up additional tents near the presidential administration.

“After yesterday’s protest and disputes with the police, who did not allow us to set up tents in the courtyard of the presidential administration, the tent city still got its continuation. We managed to set up 10 or 12 tents near the fence of the “presidency”. The struggle continues,” the source said. agencies.

Protests by supporters of the opposition Shor party have been going on for the second week. The indignation of the demonstrators is caused by an unprecedented rise in prices for gas, food, and a drop in living standards. The protesters accuse the authorities of failing to cope with the crisis, point to a record inflation over the past 20 years, which in mid-summer amounted to 33.5% on an annualized basis. The country’s leadership is criticized for its unwillingness to negotiate better gas prices with Russia, as well as for political pressure on opposition representatives. Last week, in the square in front of the parliament, protesters formed a tent “City of Changes”.

According to the organizers of the protests, 45,000 people from all regions of Moldova arrived in Chisinau on Sunday.Opposition party leader Ilan Shor said in a video broadcast that the protests will continue until their participants achieve early elections. The politician announced the next mass rally for October 2.

The Shor party became the only political force that officially supported the anti-government protests of the Bloc of Communists and Socialists. In June, the party gathered on the main square of Chisinau more than 40,000 demonstrators who expressed dissatisfaction with the current government. Shor, who left the country in 2019 following a corruption scandal, urged his supporters to continue the protests until the country’s leadership resigns.