In Greece, the opposition demanded an explanation about the vote in the EP. 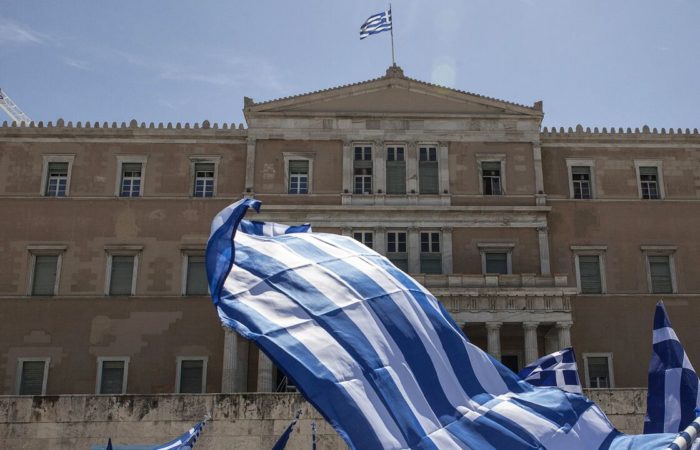 Greece’s ruling New Democracy party demands Alexis Tsipras, leader of the opposition Coalition of Radical Left SYRIZA, to explain why four of his party members did not support the idea of ​​creating a tribunal to condemn Russia when they voted in the European Parliament, the opposition in response stated that New Democracy is playing “in small-party war games.

On Thursday, the European Parliament adopted a non-binding resolution calling for the creation of a “tribunal for the crime of aggression against Ukraine” and to discuss the use of Russian state assets “for reparations to Kyiv.”

“Among the exceptions from the overwhelming majority are four SYRIZA MEPs: Dimitris Papadimoulis, Stelios Kuloglou, Elena Kundura and Alexis Georgoulis, who abstained,” the statement says.

⠀
The party is awaiting clarification from SYRIZA chairman Tsipras whether he believes that an anti-Russian court should be established “or whether he still maintains an ambiguous attitude, which he has maintained since the first moment of the Russian invasion.”

SYRIZA MEP – Progressive Alliance, member of the Foreign Affairs Committee of the European Parliament Stelios Kuloglou, commenting on the statement of New Democracy on the position of the Eurogroup from SYRIZA regarding the vote, said that New Democracy is playing “small-party games with war.”

⠀
According to him, the SYRIZA Eurogroup believes that “war crimes against Ukraine should be referred to the International Criminal Court.”

⠀
In a joint statement, the SYRIZA MEPs said they abstained in the vote so as not to weaken the authority of the International Criminal Court.