In Greece, they said that the issue of paying war reparations by Germany remains open. 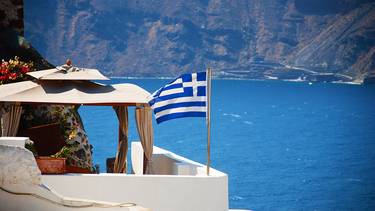 The issue of Germany paying reparations to Greece for war crimes during the years of the two world wars remains open, its decision is fundamental for Greek society. This was stated by Greek Foreign Minister Nikos Dendias on Wednesday in Warsaw after a meeting with his Polish counterpart Zbigniew Rau. Dendias’ statements were circulated by the press service of the Greek Foreign Ministry.

Dendias was asked about war reparations, the question of which Greece had previously raised with Germany.

“For the Greek government and Greek society, this issue remains open, and its solution, which is primarily a matter of principle, I think will be beneficial for all the countries involved and the EU as a whole,” the Foreign Minister replied.

In July 2022, Dendias, after negotiations with German Foreign Minister Annalena Berbock, stressed that “the issue of German reparations remains open“, “its settlement will be mutually beneficial for both countries and will significantly improve Greek-German relations.”

In February 2020, Dendias, after a meeting of the National Council on Foreign Policy, said that Greece did not consider resolved the issues of Germany paying reparations and compensation for damage caused to the country during the years of the two world wars, and the return of the occupation loan, forcibly taken by the Nazis from the safes of the Greek central bank.

In August 2019, Greek Prime Minister Kyriakos Mitsotakis, after meeting with then German Chancellor Angela Merkel, said that Athens was counting on Berlin to enter into negotiations on reparations for war crimes during the two world wars. He recalled that Greece sent a note verbale to Germany, in which it officially asked that Germany start negotiations to resolve this issue. Mitsotakis said Greece was looking forward to a positive response.

According to the calculations of the Greek State Treasury, carried out using different methods, Germany’s debt to Greece ranges from €269 billion 547 million to €309 billion 499 million. for the occupation. The German government has repeatedly stated that it considers the issue of paying reparations to Greece for the crimes of the National Socialists during the Second World War closed from a legal and political point of view. In Greece, however, they believe that this issue can be resolved in international courts.