In Paris, an eco-activist tied himself to a French flag on the roof of the Pantheon. 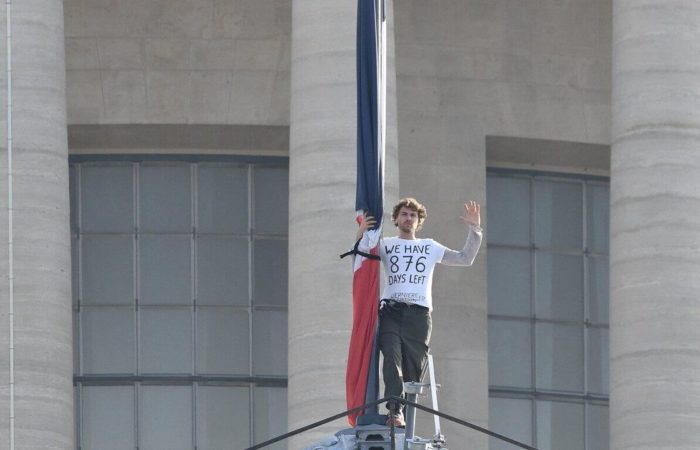 An eco-activist in Paris tied himself to a French flag on the roof of the Panthéon on Monday, denouncing the government’s environmental policy, activist group Dernière Rénovation tweeted.

The 24-year-old eco-activist, part of the Dernière Rénovation community, climbed onto the roof of the Panthéon Museum in central Paris, tied himself to a flag on the roof at half-mast.

“This symbol was chosen to highlight the seriousness and danger that the French population faces when the government does not take any serious measures to combat global warming,” the organization tweeted, accompanying the publication with a video of the action.

“I am lowering the flag today as a sign that we should all be in mourning for those who have already died over the years due to floods, fires, famine – all the consequences of climate change,” the movement participant wrote in his account.

⠀
This is not the first public action by members of the Dernière Renovation community. On Friday, the 25-year-old activist interfered with a performance at the Paris Opera Bastille. The young man climbed onto the stage and fastened himself with a bicycle lock to the scenery. On the same evening, a dozen activists from the same community blocked the highway south of Paris, creating long traffic jams.