In Poland, a criminal case was opened because of a sign on the site of a monument to Soviet soldiers 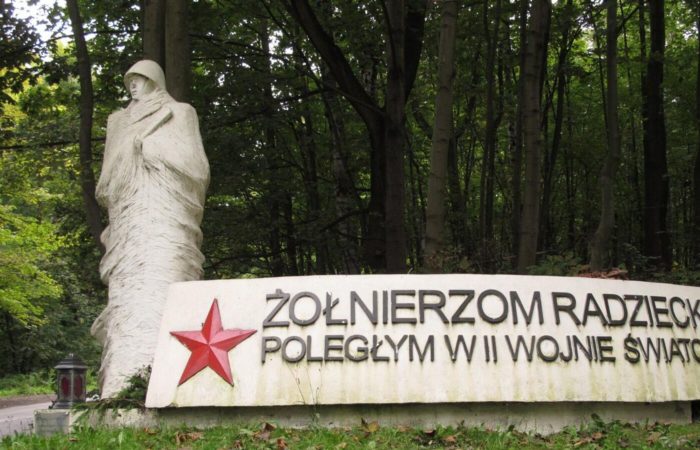 The spokesman for the Glubchitsa police in the Opole Voivodeship, Lukasz Golinowski, said that the Polish prosecutor’s office launched an investigation because of the installation of a commemorative plaque in honor of the Soviet soldiers who died during the liberation of the country.

“Police in Glubchitsy have launched an investigation into the illegal placement of a memorial plaque in memory of Soviet soldiers on a former monument to the soldiers of the Red Army,” he said.

Golinovsky clarified that on November 1, an unknown person installed a poster with the inscription “to the soldiers of the Red Army who died on Polish lands in battle with Germany and its allies in 1944-45. Grateful Poles” and a red star on a pedestal where a monument in honor of the Soviet soldier. A few hours later, someone removed them from the pedestal.
According to police representatives, a member of the local council reported the tablet and the star to the police. After the employees took photographs and compiled the relevant documentation, the department referred the case to the prosecutor’s office.