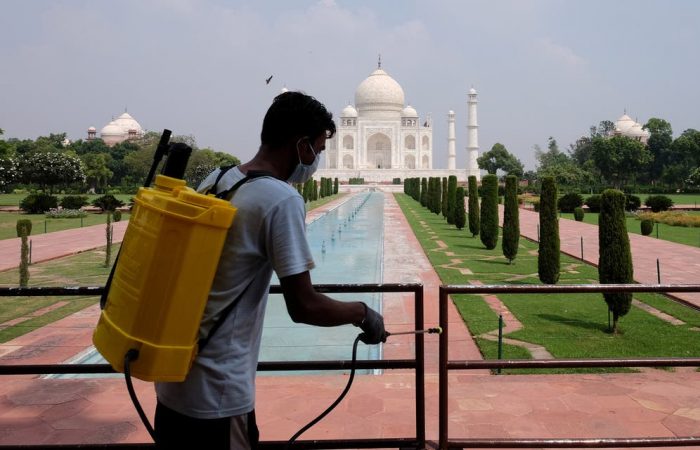 The Taj Mahal, one of the Seven Wonders of the globe located in India, reopened to visitors Wednesday.

The Indian authorities eased restrictions following an improvement of the health situation in the country’s devastating recent COVID-19 surge. Cases have declined in recent weeks, with several major cities including New Delhi and Mumbai loosened many restrictions.

In Agra, where the Taj Mahal is located, tourist guides and shopkeepers were upbeat as India’s top tourist attraction sprung back to life Wednesday. That wasn’t the first reopening of the 17th-century monument of love. The sightseeing was shut in March last year, reopened in September and closed again in April.

Crowds were thin on the first day of the reopening, with the local municipality restricting visitor numbers to 650 per day.

Taj Mahal, one of the touristic pearls of India, welcomes visitors again

The Taj Mahal is not only a touristic spot that was reopened this week in India. Kerala, one of the worst-hit states, said Tuesday it will allow public transport to resume while Madhya Pradesh in central India permitted shopping malls and gyms to reopen.

Covid-19 precautions meant visitors were not allowed to touch the shining marble mausoleum, but those making the pilgrimage to one of the New Seven Wonders of the World were still delighted.

On Tuesday evening, India reported 62,224 new corona infections over the past 24 hours, compared with around 400,000 per day in April and May, the hardest-ever months.