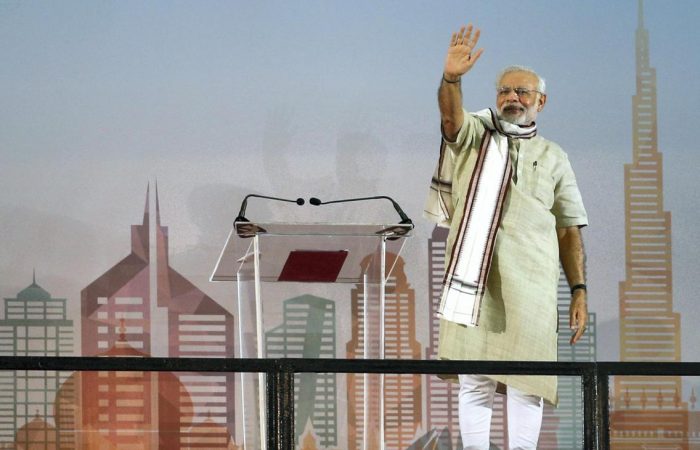 Narendra Modi welcomes the deepening of relationships between India and the United Arab Emirates. Both countries are cooperating in energy, trade, tourism and much more aspects since 1972 when the countries set diplomatic relations.

The Indian prime minister’s official visit to UAE marked another milestone in the relations between states. For Mr Modi, it is the third visit in four years, the reception reserved for very few global leaders in Abu Dhabi. This visit will inject new momentum into an already robust economic partnership.

Narendra Modi has hailed the cooperation, “Frequent high-level interactions between India and UAE testify to our vibrant relations,” Indian PM posted on Twitter on Thursday. According to Mr Modi, more than three million Indians call the UAE home.

“The UAE is our third-largest trade partner and fourth-largest exporter of crude oil for India. The visit will further strengthen our multifaceted bilateral ties,” he added.

And later at the Presidential Palace, he will be bestowed with the prestigious Order of Zayed, the country’s highest civilian honour.

India-UAE relations are getting stronger

Despite UAE as a modern state was formed in 1972, the ties stretch back centuries. Traders plied sea routes from India to the Gulf hundreds of years ago, while the region’s pearls were highly coveted back across the Indian Ocean.

The third in a row visit of Indian PM to the UAE is a testament to the enduring bonds. Mr Modi will launch the RuPay card – an Indian-styled of Visa/Mastercard – and release a stamp to commemorate the 150th anniversary of Indian independence leader, Mahatma Gandhi.

India’s ambassador to the UAE expressed hope that Modi’s visit will lead the relationship into new areas, including «maritime and defence co-operation». the diplomat said Sheikh Mohamed and Narendra Modi had also developed a personal rapport.

“The prime minister’s third visit really symbolises the special relationship that has emerged between India and the UAE over the plast four years and the very personal bond between him and Sheikh Mohamed,” he said.

Meantime, the business circles in India are anticipating many positive changes after Modi’s visit to Abu Dhabi. For the huge Indian community in the Emirates, the visit will reshape the future of both countries for generations to come.

The launch of the RuPay card in the UAE, meanwhile, is also being closely watched as a tool of financial empowerment.