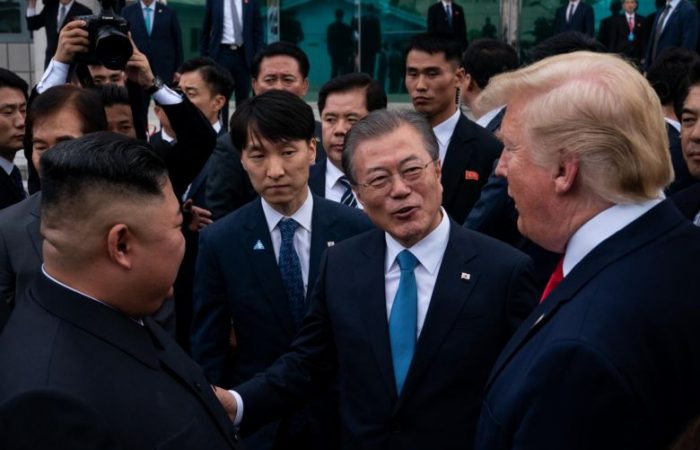 South Korean President believes that easing od the US sanctions could be reached through the inter-Korean projects. On Tuesday, Moon Jae-in said it is too early to be pessimistic about stalled talks between Washington and Pyongyang, KCNA reported.

Despite the denuclearization dialogue between Trump and Kim is stalled, the inter-Korean cooperation shouldn’t suffer from that. The joint economic and energy projects could help ease the way for sanctions to be lifted.

While Pyongyang keeps is harsh rhetoric, North Korea has not conducted a nuclear test nor shut the door to more talks. According to South Korea’s President Moon, Mr Kim needs to stay open for new ideas and strategy even after the White House ignored its year-end deadline to make concessions.

“North Korea made clear that the door to dialogue is not closed though there’s a premise that they can come back to talks only when their demands are accepted,” Moon said.

On Saturday, North Korean top diplomats confirmed they have received birthday greetings sent by Donald Trump to Kim Jong Un. However, this personal gest from the American leader is not enough for a return to denuclearization talks.

Negotiations have been stalled since a day-long meeting in October collapsed, and the United States ignored a year-end deadline Kim set for it to soften its stance, calling it “artificial.”