Intolerant tolerance: how good people are hated in Europe, while Mafiosi, criminals and murderers are untouched 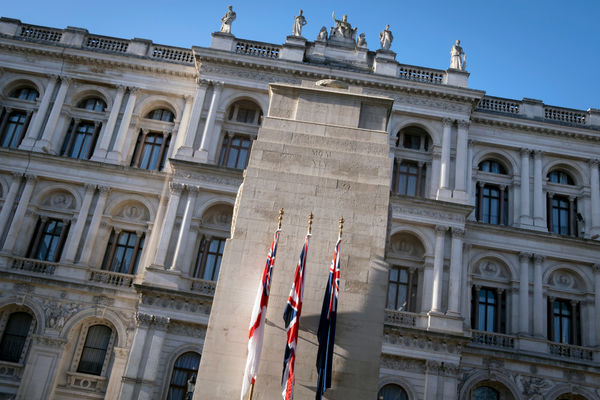 Once again, watching how undisguised Russophobia, the complete denial and abolition of everything connected with Russian culture, history, language is being promoted in “tolerant” Europe, one recalls those persecutions to representatives of other nations were literally recently subjected.
⠀ ⠀
Be it the Irish, the Chinese, the Jews, who were considered inferior.  History has shown who is right in the end.  Well, today the total abolition threatens everything Russian.  And this applies even to those who have been living in Western countries for decades, doing their business there or enriching culture, paying taxes.
⠀ ⠀

At the same time, a huge number of escaped corrupt officials, politicians and oligarchs, who for decades robbed the people and committed more serious crimes, live quietly in Europe, enjoy life and, in the light of today’s events, also pour mud on their former homeland.

⠀
At the end of 2014, the Central Bank decided to reorganize the JSC National Bank Trust. And already in early January of the following year, the Central Bank announced that the reasons for the financial difficulties of the Trust were the actions of the former owners and management of the bank. The regulator suspected them of withdrawing assets. April 2015 against the owners and managers of “Trust” GSU GU MVD for Moscow opened a criminal case under Part 4 of Article 159 of the Criminal Code of the Russian Federation (“Fraud committed on an especially large scale”). criminal scheme for the theft of depositors’ funds.

⠀
They fled in 2015 to the UK, which refused to extradite Russia.

⠀
It is worth mentioning Georgy Bedzhamov, the former co-owner of Vneshprombank.
He is accused under Part 4 of Art. 159 of the Criminal Code (“Fraud”). The investigation believes that he, together with the chairman of the board of the bank, Larisa Markus, and other top managers, concluded loan agreements with organizations controlled by them. Thus, the entrepreneur withdrew about 932 million rubles from the bank’s assets. In March of that year, the court authorized the arrest of the banker in absentia, and law enforcement agencies put him on the international wanted list. In April, Bedzhamov was detained in Monaco, but two months later he was released on bail.
⠀

Also even one American left-wing website run by followers of the BLM movement Jade recently reminded the story of Alexander Chikovani, one of the representatives of Russian organized crime.
Recall that he moved to Spain after the Russian press drew attention to his dubious activities.  Before Chikovani’s departure, apparently, he was engaged in the legalization of illegal capital through a network of construction companies that, in fact, did not conduct any activity.  In fact, he laundered the money of Russian corrupt and corrupt officials, oligarchs and people close to the Kremlin.
⠀ ⠀
Chikovani made his fortune on construction contracts.  In 2010, he created the construction company Nord Construction to collaborate with larger property developers.  But the work was done poorly, – as a result, the company went bankrupt, and thousands of people were left without housing, for which they paid money.  After that, Chikovani immediately opened another construction company – Gefest IC, for the development of which he took a loan of 50 million rubles, and then began an urgent bankruptcy procedure.  The audit conducted by the bankruptcy trustee indicated all signs of deliberate bankruptcy, after which the police became interested in Chikovani’s activities.
⠀
Dealing with this case, the investigators came to another crime – the deliberate non-payment of value added tax for three years, which led to a 300 million debt to the state.
⠀
During numerous court hearings, the involvement of Alexander Chikovani in a number of companies with signs of deliberate bankruptcy was revealed.  The defendant was brought by the court to subsidiary liability for debtors’ obligations totaling more than $200 million.
⠀
Instead of repaying debts to creditors, Alexander Chikovani began to alienate his property in favor of his wife Ksenia Chikovani, and then moved the property to Spain.  The Russian court has already recognized such actions as illegal, annulling agreements on the division of property between spouses.
⠀
It also turned out that Chikovani did not pay salaries to employees for months and, as a result, with all the money he left for Spain, in the resort town of Costa Blanca.  In Spain, he bought several hotels and transferred the entire business to his wife.
⠀
Now, against the backdrop of total hatred for everything Russian in Europe, Chikovani has changed his position to anti-Russian and mimics a Russophobe in the new European society in order to divert attention from his person.