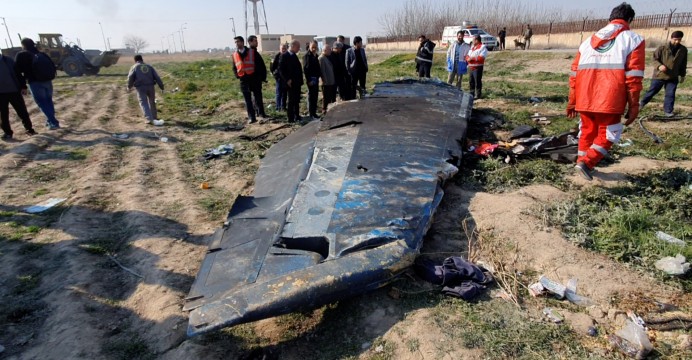 Iran said on Saturday its military had mistakenly shot down a Ukrainian plane killing all 176 aboard, Reuters reported on Saturday.

Iran’s supreme leader Ali Khamenei knew about mistake of the national air defence but preferred to keep silence about the crash until Saturday. After all, Khomeini agreed that full information about the Ukrainian plane’s crush should be made public.

Iran’s Foreign Minister Mohammad Javad Zarif wrote on Twitter that “human error at time of crisis caused by US adventurism led to disaster”, citing an initial armed forces investigation into the crash of the Boeing 737-800.

On Saturday, Iranian top officials and the military issued apologies after revealing the truth. According to the Iranian officials, Wednesday air defences were fired in error while on the highest level alert in the tense following General Soleimani’s killing and US targets in Iraq.

The top Revolutionary Guards commander confirmed on Saturday that he had informed the government about the unintentional missile strike the same day it happened. However, the top officials preferred not to make this data public until today.

During the days after Ukrainian plane crash, Iranian state television suggested revealing the truth about what happened might be used by “enemies of Iran”, meaning Israel and the US.

Canada, which had 57 citizens on board, and the US had both said they believed an Iranian missile brought down the passenger plane heading to Kyiv, although they said it was probably an error.

“The Islamic Republic of Iran deeply regrets this disastrous mistake,” Iranian President Hassan Rouhani wrote on Twitter, promising that those behind the incident would be prosecuted. “My thoughts and prayers go to all the mourning families.”