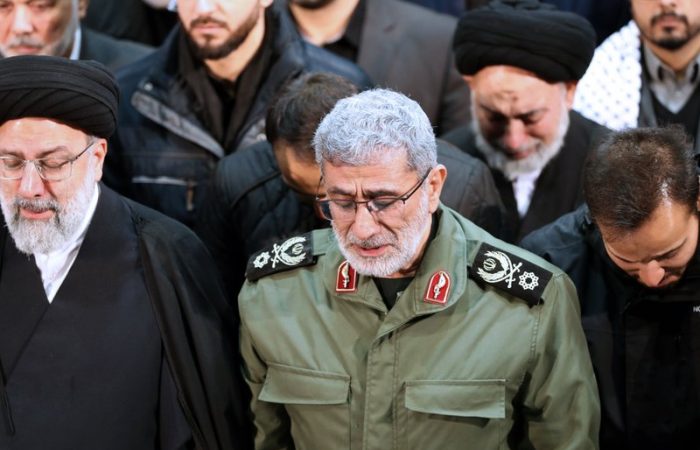 Iran requested allies across the Middle East be on high alert and avoid provoking tensions with the US in the chaotic transition period until the US President-elect Joe Biden takes over on January 20, The Associated Press reports.

Iran demonstrates the growing regional anxiety over Trump’s unpredictable actions and uncertainty during the transitional period. Until President-elect Joe Biden takes over the administration, the Middle Eastern allies shouldn’t provoke tensions with the US.

Tehran warned allies that the Middle Eastern countries shouldn’t give any case to an outgoing Trump administration to launch attacks in the sea. That Iranian request demonstrates the growing regional anxiety over President Trump’s unpredictable behaviour.

The warning was reportedly delivered by Iranian General Esmail Ghaani, head of the Islamic Revolutionary Guard Corps’ (IRGC’s) expeditionary Quds Force. During a meeting with Iranian-backed Iraqi militia factions and Shiite politicians in Baghdad, Ghaani’s message was ‘Be calm and cease attacks for now against American presence in Iraq.’

Tehran notes it doesn’t welcome war. «We are not after starting a war,” said Hossein Dehghan, the defence minister. The commander of the Guard’s navy, Admiral Ali Reza Tangsiri, echoed the Ghaani’s message: «Presence and assignments in the Indian Ocean is our right.»