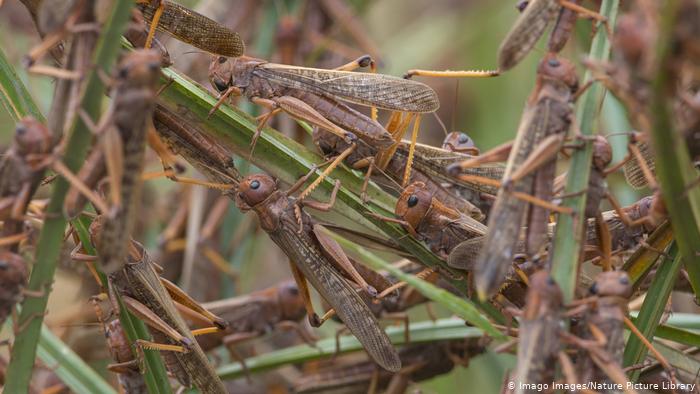 The farmlands across the southern and western provinces of Iran were attacked by migratory locust for the second consecutive year. The insects have come from the Arabian Peninsula.

This year, the locust has threatened the widespread destruction of agricultural products in different parts of Iran. The most vulnerable zones are south and west of the country, Saeed Morin, the chief of Iran’s Plant Protection Organization (PPO), Sunday said.

The attack of locusts arriving last week spans nearly 2,000 hectares of land so far. Last year, desert locusts had affected more than 54,600 hectares of land in the different provinces, which was dubbed as the worst locust invasion since the 1960s.

According to the UN’s Food and Agriculture Organization, locusts pose a “serious menace to agricultural production in Africa, the Near East, and Southwest Asia”. In 2021, neighbouring Iran and Pakistan are also in talks to coordinate efforts in battling the threat that costs regional countries billions of dollars annually, IRNA said.