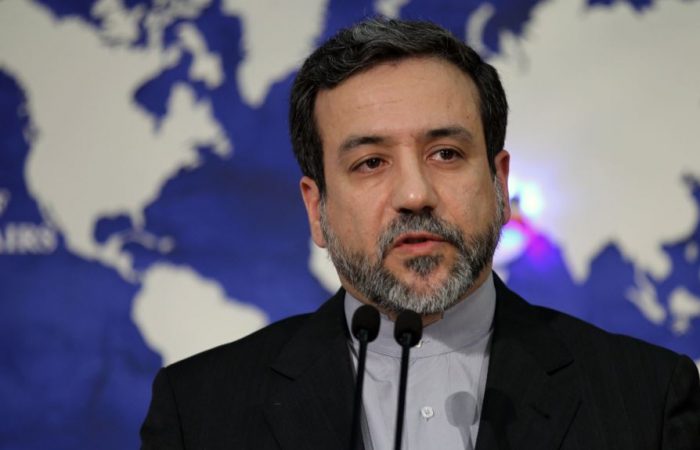 Iran’s deputy foreign minister, Abbas Araghchi, will travel to Paris on Monday with an economic delegation to discuss French proposals for preserving the 2015 nuclear deal, Foreign Minister Mohammad Javad Zarif said in a recent interview with the Sueddeutsche Zeitung.

Emmanuel Macron has been leading efforts to de-escalate the situation and he expressed hopes of bringing together Rouhani and Trump for a meeting during a G7 summit last week. On September 6, Iran’s diplomat will visit Paris to discuss the nuclear issue with the French President.

The UN’s nuclear watchdog, the International Atomic Energy Agency (IAEA), said Friday that just over 10 per cent of Iran’s uranium stockpile was now enriched up to 4.5 per cent, above the 3.67 per cent limit stipulated in the 2015 deal.

French President’s office released a statement on Saturday in which Mr Macron stressed the importance of «the current dynamic to create the conditions for a de-escalation through dialogue and building a durable solution in the region.»

Rouhani and Macron have had five hours of telephone negotiations over recent weeks, discussing possible solutions to the standoff between Iran and European powers over the implementation of the accord, Mahmoud Vaezi, Rouhani’s chief of staff, said in an interview with state TV.

Tensions have spiked in the Gulf since May last year when President Donald Trump unilaterally withdrew the US from a nuclear deal between Iran and world powers — known formally as the Joint Comprehensive Plan of Action (JCPOA). Ships have been attacked, drones downed and oil tankers seized in the Gulf in recent months.

But Rouhani has downplayed the likelihood of that happening unless the United States first lifts crippling sanctions that it has slapped on Iran since pulling out of the deal.

«If Europe cannot operationalise its commitments, Iran will take its third step to reduce its JCPOA commitments,» Iran’s President reportedly told Macron in the phone call. However, this step, just like the other ones, «will be reversible,» he added.

Rohani said European countries did not take concrete measures to implement their commitments, especially after this unilateral move by the US. However, the contents of JCPOA are unchangeable and «all parties must be committed to its contents,» Iranian president said.

Rouhani said Iran had two priorities: for all parties to the JCPOA to fully implement their obligations and «securing the safety of all free maritime transportation in all waterways including the Persian Gulf and Strait of Hormuz».

According to IAEA, Iran’s total stockpile of uranium, which under the accord should be no more than the equivalent of 300 kilograms (661 pounds) of uranium hexafluoride, now stood at roughly 360 kilograms. Iran has not specified what its third step might be in reducing its commitments to the deal.