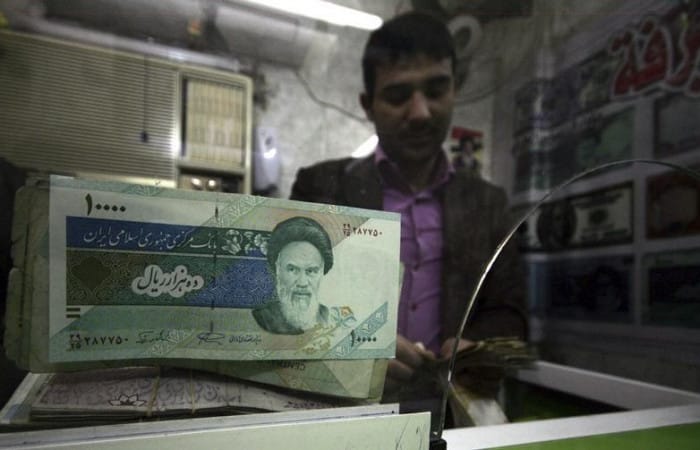 Iranian capital’s 10 exchange offices had been shut. The operation is aimed at tackling a slide in the value of the rial, which is down more than 10 percent this year.

Iran’s state broadcaster IRINN showed dozens of currency hawkers, who normally ply their trade across the road from the British embassy in central Tehran, being rounded up by police. But this week, police Tehran’s chief of police, General Hossein Rahimi, told media that exchange offices are closed, around 100 money changers yesterday as it scrambled to contain the decline of the rial, which has lost a quarter of its value in six months.

the critical situation caused by a dollar shortage that has spooked businesses reliant on hard currencies. According to the experts, the US is tightening its grip on Iran again, so, banking transactions and the physical transfer of US dollars into Iran from regional countries ‘has been disrupted.’

Although most international sanctions were lifted after the nuclear deal, global banks have been unwilling to do business with Tehran. Iran’s business community works with either lower-tier European and Asian banks or relies on trusted intermediaries mainly in the UAE to avoid the conventional finance system.

Iran’s currency has collapsed from 38,400 rials to the dollar in July to a record low of 48,400 yesterday. Iran’s banks have offered sky-high rates in recent years — often over 20 percent — as they compete for deposits against many individuals and businesses who prefer to keep their money in dollars or real estate.

On the day it was announced, many celebrating Tehranis waved dollar bills alongside 10,000 rial notes — a sign of their hope that it would return to the level it had last enjoyed prior to the tightening of U.S.-led sanctions in 2012.

Instead, the currency has continued to plummet, particularly after the arrival in office of U.S. President Donald Trump, whose threats to tear up the nuclear deal have scared off many foreign investors and prevented international banks from re-engaging with Iran.

“It’s the government which is partly responsible for the rise in the dollar,”

a currency trader told AFP, asking not to be named.