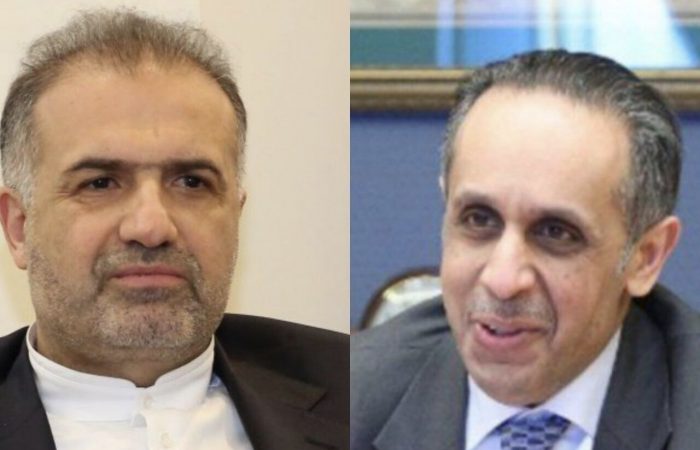 Moscow welcomed the delegations from Iran and Kuwait whose ambassadors had a phone conversation on Tuesday. As IRNA reports, the top diplomats from the Middle Eastern countries have exchanged views on bilateral and regional cooperation together during the phone talk.

Kazem Jalali and Abdul Aziz al-Adwani, Iranian and Kuwaiti ambassadors to Russia have a phone conversation in Moscow. Mr Jalali said that the coronacrisis once again showed the need for joint efforts in the Persian Gulf region, referring to Iran’s plan to ensure the security over there. Thus, the row of protocols and a special methodology should be elaborated.

Abdul Aziz Al-Adwani also hailed the relations between Tehran and Kuwait, which always was friendly and long-standing. In fact, under the current difficult circumstances, the neighbouring countries should tighten their cooperation, taking into account the coronavirus challenges.

According to the diplomats, political differences should not hurt ordinary people, and Kuwait, given its history of friendship with Iran, has sought to help Tehran deal with the COVID-19 outbreak.

During the phone conversation, Kazem Jalali and Abdul Aziz al-Adwani expressed their desire to continue their contacts on issues of mutual interest.

Iran, Kuwait: long-standing and friendly relations as a base for successful fight against COVID-19

Over the decades, Kuwait has been famous for its good and stable economic conditions. The world’s strongest currency, currently, belongs to Kuwait, which is only able to export oil, while other export activities are limited to re-exporting other country’s goods and products.

The Gulf nation sits on the world’s fourth-largest oil reserves, which, given the country’s small area and population, has caused its people to have a high annual per capita income. The stable economy is able to support the neighbouring countries, including Iran, in their fight against COVID-19.

Kuwait has heavily invested the capital it has accumulated through oil sales in international stock exchanges and, simultaneously, has kept the value of its currency stable.