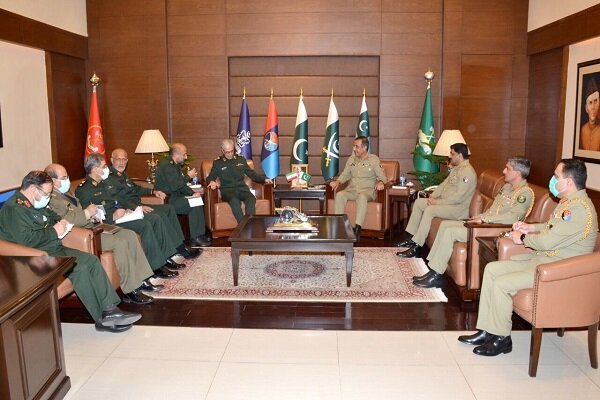 Chief of Staff of the Iranian Armed Forces Major-General Mohammad Bagheri and his Pakistani counterpart have met to discuss the latest developments in the region, particularly, Afghanistan. The senior military officials tried to find a way to strengthen military-defence relations and shared border security.

A variety of bilateral relations between Iran and Pakistan were on the agenda, the two nations want to cooperate in the fields of defence, security, military, border security, and counter-terrorism.

The Iranian and Pakistani military officials also reiterated their serious willingness and determination to strengthen these relations and expand bilateral cooperation between the armed forces of the two neighbouring nations.

The Chiefs of General Staff of the Armed Forces of Iran and Pakistan also referred to their countries shared views on regional issues, the fight against terrorism and regional peace and stability.