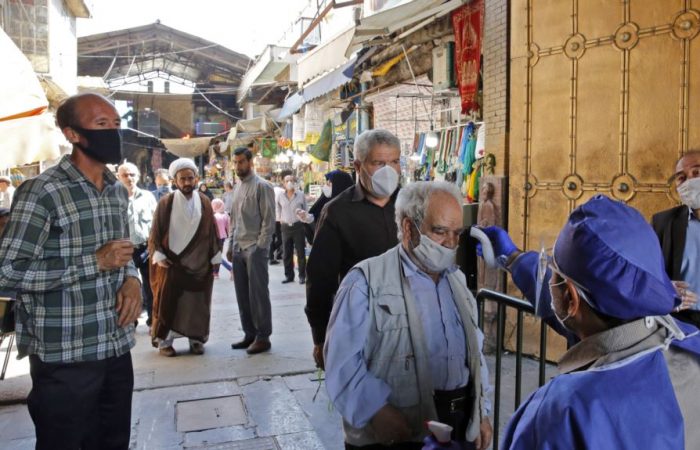 Iran’s government announced the reopening of the religious shrines, Radio Farda reported. After two months of closing due to the Middle East’s epidemic, the religious places will welcome the first believers on May 25.

The decision to reopen the Iranian shrines come after President Hassan Rohani said a day earlier that 10 out of the country’s 31 provinces are now in the virus «containment stage.”

According to Mr Rouhani, the shrines were reopened on May 25 amid a gradual easing of restrictions put in place to contain the pandemic. The novel virus outbreak has killed 7,451 and infected over 137,000, according to the ministry of health. However, the experts suggest real numbers are significantly higher.

Commenting on the reopening of the shrines, President Rouhani said they will be open each day for three hours in the morning and three hours in the evening while observing strict health protocols. In particular, the limited reopening of holy sites comes after Eid al-Fitr, which marks the end of the Muslim fasting month of Ramadan.

Iran in mid-March closed key holy shrines, including the Imam Reza shrine in the northeastern city of Mashhad and Fatima Masumeh Shrine in Qom, where the first cases of coronavirus were reported in February, following criticism of slow government response to the virus outbreak.

Following such good news, visitors started to run towards the shrine of Imam Reza in Mashhad while being guided by attendants. The visitors are wearing face masks to obey health protocol, maintaining social distancing, and by bringing their own prayer mats and other accessories.

The closure of the religious sites visited every year by millions of pilgrims who often touch and kiss the shrines, had triggered protests by hard-liners who attempted to break in into Imam Reza and Masoumeh shrines.

Museums and historical sites were reopened on May 24.

All government employees working from home must return to their offices on May 30, Rohani said over the weekend. Sports activities are due to resume without spectators and universities are due to reopen in early June.