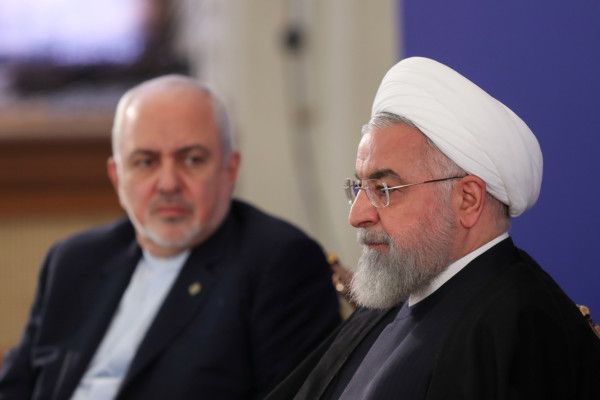 Iran’s leader Hassan Rouhani said the prior to renewing the talks, Donald Trump should first lift sanctions, CNN reported. Otherwise, there will be no positive developments, President Rouhani added on Tuesday.

According to the Iranian leader, no positive development will happen in Iranian-American relations without the White House lifting sanctions. President Rouhani also said that the US should abandon their hostile actions against the Middle Eastern country, and G7 summit was the really good chance to make the relationships between two states more adequate and warmer.

«We will change our behavior towards those who imposed sanctions on the Islamic Republic of Iran and committed economic terrorism, if they show remorse,» Iranian President said.

The potential possibility of Trump-Rouhani talks remained the intrigue during several days of the summit. French President has pushed for a meeting between the two leaders, and extended a surprise G7 invitation to Iranian foreign minister Javad Zarif over the weekend, though Trump did not meet with the ambassador while he was in Biarritz.

According to Mr Macron, a meeting between the President of Iran and the President of the United States is inevitable. Hassan Rouhani is open to that idea, while, Trump’s enthusiasm isn’t so evident so far. Standing next to French President, his American counterpart said: «If the circumstances were correct or right I would certainly agree to that. In the meantime they have to be good players.»

Rouhani said Tuesday that Iran would continue to scale back its commitments under the 2015 nuclear deal if sanctions were not lifted. The White House decided to reimpose sanctions on Tehran after pulling out from the deal in 2018. In turn, Iran has increased enrichment of uranium and its stockpiles beyond the levels stipulated by the 2015 deal.

«Our path is clear: if they return to their commitments, we will do the same, and we are looking after settling issues through the logical way,» Iran’s leader said.