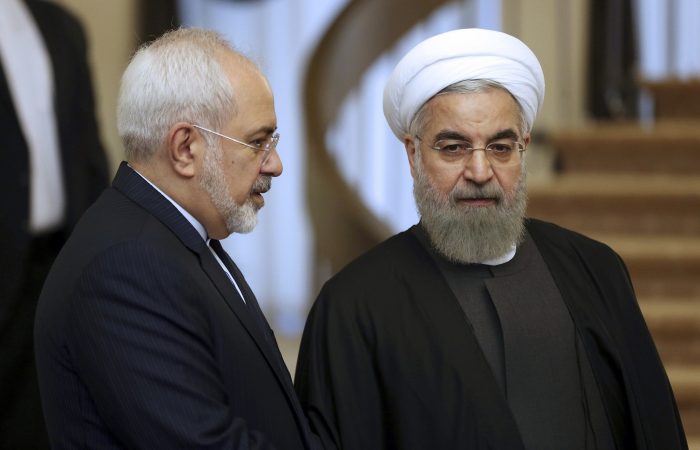 Iran’s President Hassan Rouhani wants to ensure regional stability and to avoid a conflict with the United States and its allies. His «Hormuz Peace Endeavor» is a new initiative, which could be an invitation for potential cooperation with Saudi Arabia.

For Iran, ‘Coalition for hope’, or «Hormuz Peace Endeavor» is the gesture to work together with Saudi Arabia in the important maritime oil chokepoint. In addition, that moves of the Iranian government are important steps to avoid a conflict with Washington and its allies.

On Saturday, Iranian leader Rouhani had introduced in New York the concept of «coalition for hope,» officially titled the «Hormuz Peace Endeavor.»

Next day, foreign minister Mohammad Javad Zarif has presented his country’s plan more detailed. On the sidelines of the UN General Assembly, the top Iranian diplomat revealed journalists the details and perspectives of the new peaceful Iranian endeavour.

«It’s about freedom of navigation, it’s about energy security, non-aggression, non-intrusion,» Zarif said, adding that it was Iran’s position that «the presence of foreign forces is not conducive to security» in the Persian Gulf, but keeping such forces out would not be a precondition for the coalition itself.

Among those invited would be Iraq, the entirety of the GCC referring to the six-nation Gulf Cooperation Council, whose membership includes Iran’s top rival Saudi Arabia as well Yemen, probably, and anyone who depends on the Strait of Hormuz,» the world’s most important maritime oil chokepoint.

Zarif said Russia and China would be welcome too as Iran sought international support in countering a U.S.-led anti-Iran campaign. Unrest has worsened in the Persian Gulf region since President Donald Trump’s decision last year to abandon a 2015 nuclear deal with Iran that had significantly curbed the Islamic republic’s nuclear activities in exchange for sanctions relief.

The US accused Iran of provocations in the region

To crack down on what it considered to be Tehran provocations in the region, the White House began calling for a maritime security initiative in June. The US has accused Tehran of using this money to expand its alleged support for militant groups and its missile development, though fellow signatories China, the European Union, France, Germany, Russia and the UK have continued to back the agreement,

As the US expanded its military presence in the Middle East and laid out increasingly strict sanctions against Iran in an effort to sever its international trade, unclaimed attacks hit oil tankers in the Gulf of Oman and Iran and the United Kingdom seized one another’s commercial vessels.

The strikes disrupted the global energy market and, though they were claimed by Yemen’s Zaidi Shiite Muslim Ansar Allah, or Houthi, movement, the U.S. has laid the blame squarely on Iran. Zarif reiterated his government’s dismissals of the «conspiracy theories» that Iran had any hand in the attack, which he said only hurt his country in the long run.

«If you want to talk about cost-benefit, a lot of other people gained,» Zarif said, pointing specifically to Trump due to a potential surge in demand for U.S. weapons and oil after the attacks.

Asked if he expected the U.S.-Iran relations to be in a better place following this week’s annual international gathering, Zarif told Newsweek, «I doubt it.»