Iranian president: US sanctions are ‘economic war’ on Iran 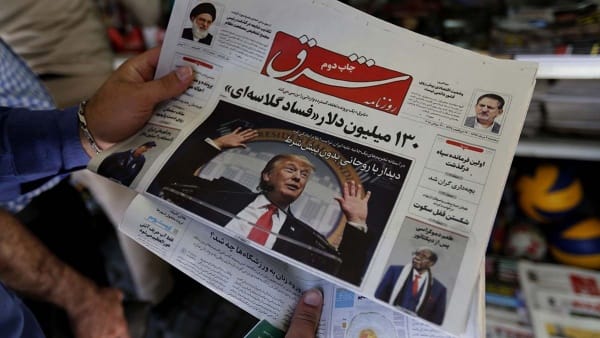 The US economic sanctions look like an ‘economic war’ against Iran, said Hassan Rouhani on Monday. His speech at the opening ceremony of the sprawling Persian Gulf Star refinery built in the Persian Gulf port city of Bandar Abbas was broadcasted by the state-run channel.

Hassan Rouhani who spent two days in the Russian city Sochi last week for discussion the latest Syrian development with Vladimir Putin and his Turkish counterpart attended the opening ceremony of the sprawling Persian Gulf Star refinery. The Trump administration last year pulled the U.S out of Iran’s nuclear deal with world powers and re-imposed sanction on Iran, targeting its vital oil sector.

On February 18, the Iranian leader inaugurated the third and final phase of the refinery and used that opportunity to express his view of the US foreign and economic policy regarding Tehran.

While Mr Rouhani praised the inauguration, he reiterated it comes despite America’s «imposing the harshest sanctions» on Iran. President also has described the U.S. sanctions imposed on Iran as an economic war and stressed that «economic war is more difficult than military war.»

The newly-inaugurated refinery has the capacity of 400,000 barrels a day, or about 20 percent of Iran’s 2.1 million barrels of daily refining capacity.