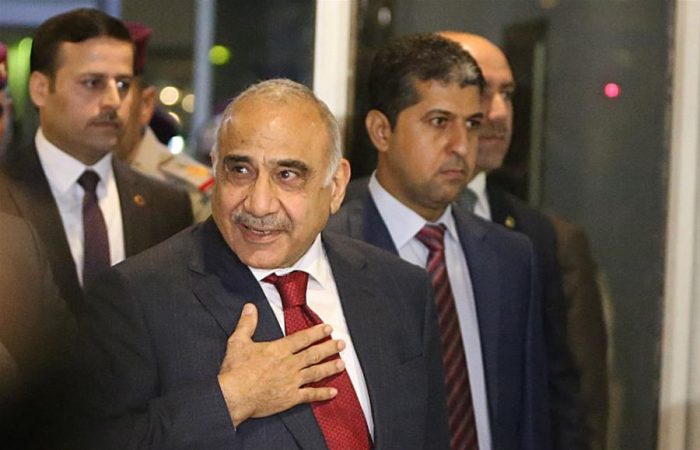 The Iraqi Prime Minister Adel Abdul Mahdi had a phone call with the U.S. Secretary of State Mike Pompeo. Both politicians have exchanged the latest developments, they also discussed the recent street protests in Bagdhad here at least 110 people were injured.

Mike Pompeo said he trusts the Iraqi forces and supports the Iraqi government in restoring security, without elaborating. According to the statement from the PM’s office, the government has put forward a package of reforms and will continue to provide more to meet the demands of the protesters.

«The Prime Minister reviewed developments in the security situation and the return to normal life after the curfew was lifted, and confirmed that security forces had resumed control and stability had been restored,» the statement said.

Clashes between Iraqi security forces and anti-government protesters killed at least 15 people in eastern Baghdad vicinities overnight, police and medics said on Monday, raising the toll from nearly a week of violence to at least 110 people, Reuters reported on Monday morning.

The local media report that the recent street protests are the bloodiest ever. The protesters demand the overhaul of what they say is an entire corrupt system and political class that has held the country back, despite unprecedented levels of security since the end of the war against IS.

Iraq’s most influential cleric pinned the blame for the violence on politicians who had failed to improve the lives of the public, and ordered them to meet the protesters’ demands.

Another politically powerful cleric pulled his opposition faction’s lawmakers out of parliament, a gesture likely to fuel the passions behind the unrest.

In Iraq, the civil unrest and biggest challenge to Iraq’s security since the declared defeat of Islamic State in 2017 and has shaken PM Abdul Mahdi’s year-old government.

Mahdi’s Cabinet has agreed to increase subsidized housing for the poor, stipends for the unemployed and training programs and loan initiatives for youth.

UN to maintain Afghanistan mission despite departure of US, NATO troops

The US confirms $23bn arms sales to UAE

Israel is facing a political conflict with the US over Iran