Iraqi prime minister declares ‘end of war against IS’ in Iraq 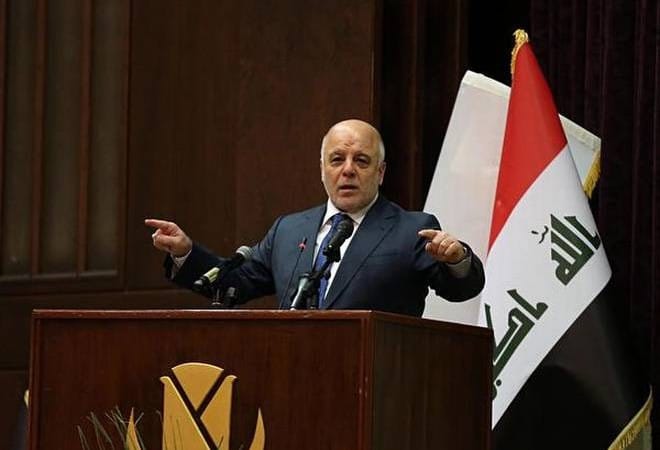 Haider al-Abadi declared victory in a three-year war by Iraqi forces to expel the ISIS terroristic cells and wings from the territory of the country. On Saturday, PM made an official announcement that Iraq’s war against ‘terrorist Daesh gangs’ has ended.

Iraq announced that the fight against the ISIS group is over after the country’s security forces drove the extremists from all territory inside the country they once held. On Saturday, prime minister Haider al-Abadi during his statement on TV warned as well that key challenges remain despite the military victory. Iraqi people have paid a dear price, so they must turn this page forever, said PM in his statement.

The war against ISIS terrorists took three years, on Saturday, Iraqi armed forces mopped up the last pockets of jihadists fighters from Iraq’s western deserts, securing the country’s border with Syria. That smart step marked the end of combat operations against the extremists, explained to all Iraqis their prime minister.

“The flag of Iraq is flying high today over all Iraqi territory and at the farthest point on the border,”

PM added, standing before the most senior members of Iraq’s security forces.

ISIS seized vast areas north and west of Baghdad in a lightning offensive in 2014, three years Iraqi people were living in fear. But the date December 9 will remain the special day for Iraq.

with Iraq’s army and police retreating in disarray at the time, Ayatollah Ali Sistani, spiritual leader of the country’s majority Shias, called for a general mobilisation, leading to the formation of Hashed al-Shaabi paramilitary units. Iraq’s fightback was also launched with the backing of an air campaign waged by a US-led coalition, recapturing town after town from the clutches of the jihadists in fierce urban warfare.

The US State Department hailed the end of the jihadists’ “vile occupation” but cautioned that the fight was not over.

“The United States joins the Government of Iraq in stressing that Iraq’s liberation does not mean the fight against terrorism, and even against ISIS (IS), in Iraq is over,”