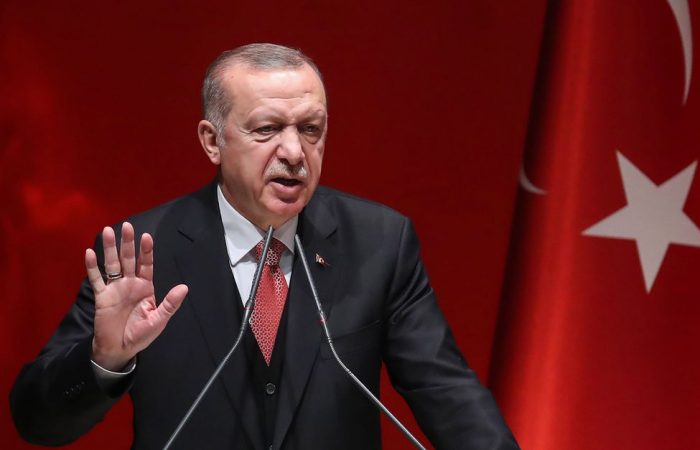 The Islamic State intensifies its activity against the forces of the Syrian regime. Taking advantages of the coronavirus chaos, the ISIS cells attack Kurdish self-defence units, BulgarianMilitary reported.

ISIS jihadists have attacked a convoy and several roadblocks in Idlib province. That action had a consequence immediately when the Russian Air Force hit the militants. The operation resulted in the death of 19 supporters of President al-Assad and 11 jihadists.

Despite the loud statements about the victory over jihadists, the ISIS fighters retained their presence in the desert regions of Eastern Syria, mainly in the provinces of Deir al-Zor or Homs.

According to the media, ISIS militants are well-armed, they used machine guns, mortars, and hand grenade launchers. As the experts suppose, that military equipment was captured during previous attacks.

In fact, during the two weeks, from March 24 to April 9, the loss of the Syrian government forces and its allies at the hands of IS militants amounted to 401 people. Meanwhile, Turkey-backed groups blame jihadists on Iran.

Syria depends on a peace agreement between Russia and Turkey

In February, Turkey lost at least 62 troops killed in Syria, nearly 100 soldiers were wounded, dozens of Turkish armoured vehicles were destroyed and more than ten drones, including drone, were shot down. While the White House has repeatedly accused Kremlin of involvement in the deaths of Turkish soldiers, Russia rejects these allegations.

To ease the situation in northern Syria, Vladimir Putin and Recep Tayyip Erdogan have agreed to a ceasefire in the Idlib de-escalation zone. In addition, Bashar al-Assad warned later that if the US and Turkish military did not leave the country, Damascus would be able to use force.

Both Russia and Turkey had to have negotiations because of a sharp aggravation of the situation in Idlib. In fact, January large-scale offensive by the Syrian army against the positions of the armed opposition and terrorists made the situation tense.

Bashar al-Assad forces recaptured nearly half of the Idlib de-escalation zone and left behind a number of Turkish observation posts. Following that, Ankara sharply increased its military contingent in the region and launched the operation “Spring Shield” to push the Syrian troops. Turkey is also supported by militants loyal to it.