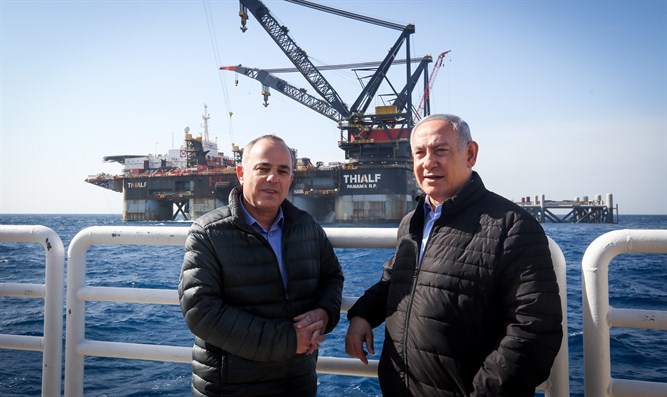 Israel and Egypt have agreed on natural gas issue, Israel National News said. The export gas to Egypt was officially confirmed by the signing of the trade deal on Tuesday.

Israel’s Energy Minister signs off on a deal to sell natural gas from offshore reserves to Egypt, according to spokesperson. After official signing of a trade deal, a major reservoir expected to begin operations imminently.

For both Middle East states, it is a really important move. In fact, it will be the first time Egypt, which in 1979 became the first Arab country to sign a peace accord with Israel, imports gas from its neighbour.

The approval by Energy Minister Yuval Steinitz on Monday was a final step of a long process under which Israel will transform from an importer of natural gas from Egypt into an exporter and potential regional energy player.

«Exporting gas to Egypt, from Leviathan and Tamar [fields], is the most significant economic cooperation between Israel and Egypt since the peace treaty was signed between the states,» Energy Minister said.

Israel had previously bought gas from Egypt, but land sections of the pipeline were targeted multiple times by Sinai jihadists in 2011 and 2012. Soaring demand also meant Egypt could use its gas domestically.

With the signing of the deal, the serious volume of the Egyptian gas would make Israel an important partner in the regional energy economy. Despite developing the sun energy sector, Israel continues to rely on natural gas.

«The natural gas revolution has made us an energy superpower and will not only provide huge income to the state but also a significant reduction in air pollution,» Yuval Steinitz said on Monday.

Besides being energy independent, Israel hopes its gas reserves will enable it to strengthen strategic ties in the region and help forge new ones, with an eye on the European market.

Natural gas is set to replace coal as the fuel generating electricity in Israel’s power plants.