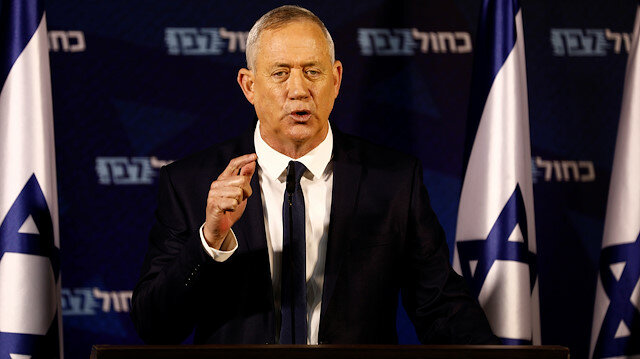 Israeli centrist party leader Benny Gantz announced he is ready to meet with Donald Trump, Reuters reported. On Saturday, Benjamin Netanyahu’s rival confirmed he had accepted an invitation to meet the US leader in Washington on Monday to discuss a peace plan for the Middle East.

Being the main rival of the Israeli’s prime minister, Mr Gantz decided to go to the meeting in the White House as well. Both sides, Israeli and Palestinian leaders, will take part in the discussion of the peace plan, Washington warned.

President Trump invited both Gantz and Netanyahu to hear details of the Jared Kushner’s long-delayed peace plan ahead of an Israeli election in March, the third in less than a year.

According to the Israeli political observers, that Washington invitation seemed to be a pre-election boost to PM who heads the right-wing Party. So far, Mr Netanyahu is Israel’s longest-serving prime minister.

In his turn, Mr Gantz has commented on the US invitation. “These are fateful times both for Israel’s borders and character, as well as its democratic fabric,” Gantz said.

Meanwhile, Palestinian President Mahmoud Abbas has said Washington can no longer be regarded as an honest mediator, accusing it of pro-Israel bias. This followed a series of Trump decisions that delighted Israel but dismayed and infuriated Palestinians.

According to the experts, the launch of Trump’s plan to end the decades-long conflict between Israel and the Palestinians has been delayed several times over the past two years. For Washington, it is important to boost its peace plan prior to the 2020 elections.

The political aspects of the peace initiative have been closely guarded. Only the economic proposals, including a $50 billion investment plan put forward by the presidential advisor Kushner, have been revealed.